Bad bosses, picking your fights and saying ‘I don’t know’ 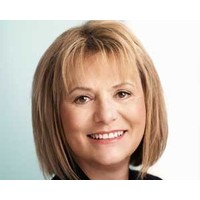 Carol Bartz is widely-known in Silicon Valley for two things: being a high-profile executive at some of the best-known technology companies, including Sun Microsystems, Autodesk and Yahoo, and being a pull-no-punches speaker who says whatever is on her mind – usually in the hardscrabble vernacular and earthy humor of her grandmother, a Wisconsin dairy farmer who raised her.

Both traits, especially the second, were on full display earlier this month when Bartz, 64, spoke before a standing-room-only “Women’s Event” at Wharton’s San Francisco campus. Her topic: What she would tell her 30-year-old self. Judging by Bartz’s presentation, had such a conversation actually taken place, the younger Bartz would have gotten an earful.

Some examples: bad bosses can be as instructive as good ones; don’t have too many girlfriends; and don’t be afraid to make “I don’t know” one of your favorite phrases.

Bartz first came to the public’s attention as an executive at Sun Microsystems during its glory years as a successful work station maker. (Sun never recovered after the dotcom crash, and in 2010, it was acquired by Oracle.) In 1992, she became CEO of Autodesk, the world’s leading designer of software for engineers and architects; annual sales during her tenure went from $300 million to $1.5 billion. In 2009, she was tapped to run troubled Yahoo. Two years later, after a performance review by independent directors had concluded that the company “wasn’t performing as well as it could,” Yahoo’s board chairman fired her (over the phone). These days, Bartz says, she spends her time “just hanging around”, as well as serving on several corporate boards.

Many of Bartz’s comments during her Wharton presentation involved the general topic of the way gender relations are evolving in today’s corporate world. Her observations involved a mix of good and bad news: While the situation for women in the workplace is clearly improving, much work remains to be done. Indeed, Bartz related some personal experiences that belonged more to the 1960s world of Mad Men than to the 21st century US boardroom.

One of those experiences involved a well-known corporate board of which she is a senior member. During board deliberations, she said, she will often make a comment that gets little or no reaction from others on the board. A few minutes later, however, a male board member might make the same comment, and everyone will praise its insightfulness.

Given realities like those, Bartz is concerned that many young women getting their MBAs today might think that things changed more than they really have. “I feel very upset that some of the 20-somethings out there think there’s no problem,” she noted. Women in the workplace still will encounter situations where their only option is to “go home, suck it down, and get up the next day and try again. I am sorry I can’t make it any better.”

Bartz also suggested that women needed to be more careful about choosing their battles than their male counterparts. “Don’t fight every fight. What happens a lot of time with women is that we get in our minds that we have to fight the fight, that we’ve climbed the peak and so we’ve got to take somebody on. And that gets a little old…. There is a time to let out your inner bitch, but really, really pick your fights. If somebody says this or that, as long as they are not grabbing you or touching you, just ignore them. Don’t fight everybody. It doesn’t help.”

Bartz said her own career as an A-level celebrity CEO who also happened to be a woman was “for the most part positive. Every event at the White House needs a skirt. I was a skirt. So I got to go to things that never in my lifetime – this little farm girl from Wisconsin. I got into situations and I got into venues because I was female, and that was an absolute advantage.”