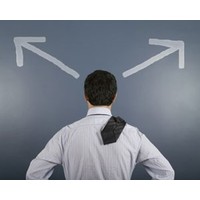 Who is leading Barclays Bank?

The extraordinary leadership crisis at the bank, bought about by public revelations of its role in manipulating inter-bank interest rates, has cost the bank its top leadership.

On Monday the bank’s chairman, Marcus Agius, resigned in what was reportedly an effort to save the job of Barclay’s CEO, Bob Diamond, who has had a 15-year career with the bank.

Astonishingly, Agius then returned as chairman, full-time, to lead the headless company and the search for a new CEO.

It’s the kind of panicky sequence of events that suggest Barclays has no plan, says crisis management consultant, Andres Puig. “With organisations the size of Barclays, you would think and hope that there would be a disaster management plan that anticipates a whole series of scenarios in which the top echelon of management were suddenly not available,” he tells LeadingCompany today. “But there has been this panic and everyone has resigned.”

Barclays stands accused of manipulating the Libor (London inter-bank offered rate), which is the interest rate that banks charge each other, following an investigation by the British Financial Services Authority.

The Libor is seen as a measure of economic health in Europe.

In Australia it is called the Bank Bill Swap Rate and it is calculated on the rate that banks charge each other.

In Europe, Libor is calculated on trust. Each day, Thomson Reuters calculates the rate on behalf of the British Bankers Association, as Business Spectator explains. “Groups of banks on 10 currency panels are asked: “At what rate could you borrow funds, were you to do so by asking for and then accepting inter-bank offers in a reasonable market size just prior to 11am?” I kid you not,” writes Alan Kohler today.

Barclays is suspected of lying about the rate at which it could borrow funds, and has been fined $451 million by the FSA following its investigation.

Barclays defended its position, saying that the bank is doing what it has always done with the implicit approval of the regulators, says Puig. “Now because of the antipathy of the public and politicians against banks, they are having to defend it.”

The issue is one of trust says Dr Walter Jarvis, a lecturer in management practice at the University of Technology, Sydney (UTS). “The Libor stands for trust,” he tells LeadingCompany. “It is a question of character. At the risk of being simplistic, integrity is doing what is right and naming what is wrong.”

But Barclays has folded its hand on the issue of trust.