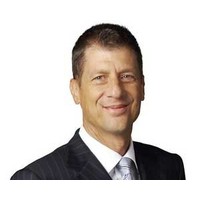 In one of his first jobs, Steve Vamos was sweeping a floor as the CEO of the company walked by.

The CEO watched him for a moment before tapping him on the shoulder.

“Steve, you’re a great guy, but you don’t know how to sweep a floor,” the CEO said. Vamos watched while the leader demonstrated. He then tried again, and the CEO said it was better before walking away, shouting “keep up the good work” over his shoulder.

Vamos recalled this incident when giving a speech to the Creative Innovation Conference in Melbourne in December, and said it was exactly the kind of constructive feedback most leaders would hesitate to give their underlings.

Today Vamos is a board member of Telstra, Medibank Private and David Jones, as well as being involved in several start-up ventures. He’s a former vice-president of Apple Asia Pacific, and was the head of worldwide sales and international operations at Microsoft.

He says most leaders don’t know how to have difficult conversations.

“At the heart of high-performing workplaces is how they talk to each other,” he says.

He describes the first time he had to fire someone. “Human resources gave me a script. I was scared to death. But I pushed through, and became better at it.”

Vamos says the businesses he’s led are better because he did the firing himself. Four in five of the people he’s fired have understood the situation, while one in five, he says, probably still hate him. But he thinks the benefits to the business of having the conversation is worth it.

“We grossly underestimate the extent to which the world has changed. We’re stuck in these old ways of thinking. Us boomers, we’re controlling know-it-alls. We hide mistakes. That’s no longer effective. We need to be brave, and willing to fail. Our organisations need to become learning-oriented.

“If we want to improve our workplaces, we need to look at it as a campaign to change how we communicate. With simple terms, we can change behaviour.”

Vamos says organisations fail because of a lack of “straight talk”.

Sometimes, this comes through in their inability to say no to good ideas.

“Don’t turn down all ideas,” he says. “But everything suffers when you’re not willing to make tradeoffs.” Vamos says when he was at NineMSN, his underlings came up with lots of great ideas, like expanding into educational textbooks. But he turned them down because he wasn’t willing to devote the resources away from other priorities. “I felt sick saying no,” he says. “But it was a good call in hindsight.”

When making unpopular decisions, leaders need to explain themselves, Vamos says. “People need to understand why, and they need to be involved. Without that, there’s no basis for the hard conversations, it just becomes ‘Oh, that’s their opinion’.”

Another part of leader’s inability to have difficult conversations is reflected in the way they avoid giving feedback.

“You need to confront problems to limit the pain and destruction,” he says.

“You aren’t the company, so make it personal. Usually the company is as much at fault as the person,” he says.