Before you pick up the phone to a management consultant … 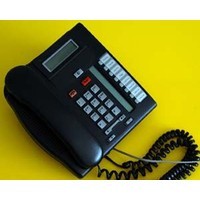 In an earlier blog, The emotional intelligence of Don Draper, I noted that there were not many TV series about the corporate world. Another on has suddenly appeared: House of Lies.  It is currently being shown on Channel One on Monday nights.

The show, is based on the book, House of Lies: How Management Consultants Steal Your Watch and Then Tell You the Time, written by Martin Kihn, a former consultant at Booz Allen Hamilton.

When Thales was asked what was difficult, he said, “To know one’s self.” And what was easy? “To advise another.”— Diogenes Laertius, Thales.  (Of course knowing one’s self is the first step in developing emotional intelligence.)

“Management consultants: They waste time, cost money, demoralize and distract your best people, and don’t solve problems. They are people who borrow your watch to tell you what time it is and then walk off with it.”  — Robert Townshend, Up the Organization (which I contend is one of the great books about business and highly recommended.)

House of Lies follows a team of management consultants who stop at nothing to get business deals done, even if it calls for extremes.  The four team members are:

Unlike normal consulting, this team composition remains constant for the entirety of the season as they do work for various companies.  The show contains biting humour.  For example Marty begins a team meeting on a client site with the immortal words:  “Remember the first rule of management consulting.  We are here to open wallets, not minds.”

Another technique used is for Marty Kaan to step out of a freeze-frame to deliver scathing asides to the audience.  For example, after saying something like this:

“What we have here, basically it is a failed culture, OK? It’s a broken pedagogical paradigm in The New Pacific School. What started out as, say, a system based on the near perfect theosophical teachings of Rudolph Steiner has now descended. It’s now an outmoded anachronistic bastardisation, well a limitation really, of its original intent…”

Marty then steps out of the freeze-frame to say something like this:

“Do you understand what I am saying? No? Great, I must be doing my job!”

If you have ever had the fortune to work with management consultants, House of Lies will surely resonate. If you have not, it is a must-read to get the upper hand on the people you are paying.