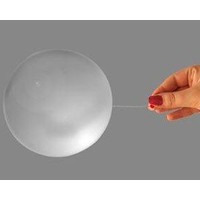 Gandel is ranked ninth on BRW’s rich list with a $3.45 billion fortune and made his fortune from the Sussan retail chain and the Chadstone Shopping Centre in Melbourne.

In a rare interview, Gandel told The Australian that the current tough retail trading conditions may be a reflection of “over-expansion of retail properties without putting aside reserves for the future of the business”.

“In business, you need to be lucky, you have to work hard and you always take a conservative approach,” he said.

“We have been around for awhile and have not had any financial disasters. We anticipated the global financial crisis and slow down.”

In the interview Gandel expressed his concerns about where Australia is headed.

“The trouble with politics is that politicians get stuck into a three to four year election timeframe which is a terrible shame,” Gandel said.

Top of his list of concerns was the carbon tax, which he said should not be introduced while the world economy was not settled and while there were signs China’s economy was slowing.

Gandel also questioned the urgency surrounding the Government getting the budget into surplus and said this could easily take two or three years.

Gandel took over his family’s clothing business in the 1960s but in 1983 he went into shopping centre and real estate development.

He bought Chadstone Shopping Centre in the 1980s for just $37 million and still retains a 50% stake in the centre, which is now valued at over $3 billion.

Gandel also owns significant stakes in listed property companies, including a stake in the CFS Retail Trust which is worth about $800 million and a 15% stake in Sydney-based property group Charter Hall in which he invested $151 million.

The property mogul’s most recent move has been to sell his $450 million share in the Northland Shopping Centre and to announce a $500 million hotel and office redevelopment at Chadstone last year.

Gandel, along with co-owner the CFS Retail Trust, is negotiating with the Stonnington City Council to build two glass skyscrapers, each of about 12 levels, at the easternmost edge of the complex.

Gandel is committed to philanthropic causes which he says is “part of the Gandel psyche” and donated $7.5 million to the National Gallery of Australia in 2010.

The billionaire shows no signs of easing up any time soon.

“We have to make ourselves relevant and keep all our faculties going,” he told The Australian.

“It’s important to keep active and do something different and rewarding. We work not to make more money,” he said.

“I have no plans to retire.”