BHP and Rio Tinto: The case for annual board elections 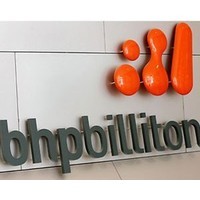 BHP Billiton’s entire board is up for re-election at its next annual general meeting. It’s not because the company has a bunch of shareholders angry about the remuneration of the board and management, but because it is dual-listed in London.

Under relatively recent rules in the United Kingdom, the 300 biggest companies on the FTSE index must have annual elections of the board. It is part of an effort to re-engage shareholders in the activities of large companies.

Annual elections are something that Australia’s biggest companies could do, even though it is not required, says Judith Fox, the director of policy at Chartered Secretaries Australia. “Telstra has 1.3 million shareholders, for example,” says Fox. “How do you engage your shareholders when you are so large?”

Australian regulators decided against annual elections of directors and instead adopted the “two-strike rule”, which is triggered when 25% or more of shareholders vote against a company’s remuneration report. After the second strike, shareholders must vote on whether the entire board should stand for re-election – a board spill.

Boards are traditionally responsible for keeping shareholders engaged with corporate activities, a report released this week reminds us. The AGM was once an effective forum for this, the report, released by CAMAC, (the Corporations and Markets Advisory Committee), has found.

Continuous disclosure and the two-strike rules have rendered the AGM all but redundant as a tool to engage stakeholders. “With improvements in technology, which has resulted in continuous real-time dissemination of company information, and the introduction of the two-strikes test, it is timely to assess the role of the AGM as part of broader shareholder engagement,” the report states.

Nevertheless, the two-strike rule was vehemently opposed prior to its introduction on the grounds that it destabilised company governance. Under normal circumstances, companies typically re-elect up to one third of directors after three years.

Fox describes the two-strike rule as complicated. “A lot of people in Australia felt, before we got the two strikes, that annual elections were the way to go rather than the complicated regulations we got,” she says. Now, shareholders, directors and proxy firms (that vote on behalf of investors) are waiting to see how well the new rules operate.

An argument against annual board elections

Fox says there are few arguments against annual elections as a mechanism for boosting shareholder engagement.

However, businessman and chair of the Future Fund, David Gonski, believes it would make the board’s focus too short-term. “A good board plans for longer-term strategies and annual elections would undermine that approach,” Gonski explained to The Australian Financial Review last year.

Annual elections focus the minds of directors on how well they are representing shareholders. “The idea of the annual general meeting is that shareholders get to eyeball the directors and, if they have concerns, to express them,” says Fox.