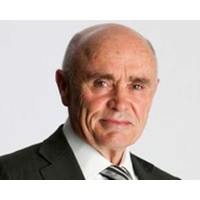 Vision, planning, strategy, calculated risk, conservative debt levels, integration and execution sum up Paul Little’s approach to running a business. The man who built Toll Holdings into a global logistics giant, with revenue of $8.7 billion, is using the same principles to create his property developing business.

Little Property group has about 1800 apartments under development, with a market price of more than $1 billion. Little strongly believes successful businesses create a point of difference, so he is focusing on building apartments on the fringes of Melbourne’s central business district: St Kilda, Port Melbourne, South Yarra and Brunswick.

Little chooses the inner city because he believes younger generations, particularly well-paid professionals, prefer a different lifestyle to their parents. “I see access to public transport becoming more important and owning and driving a car less important,” he says.

“The Aussie dream of a backyard is far less important to younger people today than when I was growing up. So my developments offer community facilities, such as theatres, pools, gymnasiums and barbecue areas.

“I’m driven to create an iconic development rather than just a box with a number of apartments in it. So that requires courage, and an ability to be innovative and creative with design.”

He says his business model revolves around finding and developing the site, selling the units themselves and managing apartments on behalf of investors who let them. His property group is akin to a one-stop shop.

“It’s the integrated solution,” he says. “And we’re finding that no one else is specialising in the apartment area in an integrated way.”

He says his company, established in 2005, uses its own equity to start a project. “We go to the banks when we have pre-sold about 65 per cent of the available apartments,” he says. “At 65 per cent, the banks are keener to assist with funding. It’s a point of difference to other developers looking for mezzanine finance and using all sorts of high-risk instruments.”

Little says property developers fail when they pay too much for a site, borrow too much, or can’t secure the necessary permits for their plans. Or they lack the skills. “Everyone thinks they’re a property developer these days,” he says. “But it’s totally specialised.”

Little – who retired as Toll Holdings’ managing director in December 2011 after 26 years at the helm – is a consummate dealmaker. He was mostly responsible for arranging the company management buyout in 1986 and listing Toll on the ASX in 1993. At Toll, Little did about 100 acquisitions, expanding the company’s transport logistics network to 55 countries. Today, the global company generates $8.7 billion in revenue and employs 45,000 staff involved in road fleets, warehousing, shipping, air freight, ports and rail.

A good acquisition must add value to existing operations, whether it’s an additional service or improving economies of scale. Little says suitors should question whether an acquisition will make it “bigger, better, smarter and more efficient” before doing the deal.

“One of the last things I did at Toll, with newly-appointed managing director Brian Kruger, was try to acquire a good freight-forwarding business in Philadelphia. We spent a lot of time on this potential acquisition, but in the end it was too expensive so we walked away.