Boardroom brawls: When chief executives and boards fall out of love 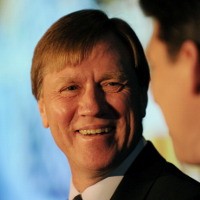 Pacific Brands chief executive John Pollaers has unexpectedly quit the top job at the retail group amid a disagreement with the board over the company’s future.

His departure comes in the wake of the group’s recent profit forecast, which saw the company downgrade its earnings projection by $105 million.

It is understood Pollaers stood down after the Pacific Brands board backed recommendations contained in a Macquarie Capital review of the company, which were at odds with Pollaers’ long-term vision for business.

Chairman of Pacific Brands, Peter Bush, yesterday announced Pollaers’ departure in a statement, pointing to the “divergence between his views and those of the board regarding the best path forward for the company and its businesses”.

“This divergence has become clearer as the strategic review being conducted by Macquarie Capital Limited has progressed. We respect John’s decision and wish him every success for the future,” said Bush.

Pacific Brands, which own brands such as Bonds, Sheridan and Berlei, dropped its earnings forecast to $90-93 million last month with Pollaers calling the current price-cutting competition among retailers a “race to the bottom”.

According to Fairfax Media, Pollaers’ vision for the company involved a three to five year turnaround plan to broaden distribution into higher-margin channels, including bricks-and-mortar and online stores, to counter the squeeze by retailers and take existing brands such as Bonds into new product segments.

Governance Matters founder and director Kate Costello told SmartCompany that when deciding whether or not a CEO should get the boot for a dispute, the board has to consider the severity of the disagreement.

“If it relates to a fundamental issue such as something very strategic and the board has a completely different view from the CEO then either the board goes or the CEO goes, but generally it’s the CEO,” says Costello.

“In addition if the issue in a sense breaks the value system, the culture and behaviour that the company expects from its people including the CEO, clearly for something that is a breach of the law, the CEO automatically goes.”

She says even if a CEO’s actions falls short of a breach of the law, if they don’t fit with the desired culture of the organisation, then a company won’t be able to hold them up as someone who is leading by example, and so they would have to depart.

While CEOs are rarely fired from the top job because of the potential retrenchment costs, there are several recent examples of disputes between the boss and the board, which ended with the chief being shown the door.

SmartCompany takes a look at some of the biggest ‘CEO versus the board’ battles of the last 12 months and the reasons why the person at the top had to go.

American Apparel founder Dov Charney was recently stripped of his CEO status by the company’s board of directors.

The board’s decision apparently rested on allegations of misconduct by Charney, including the misuse of the retailer’s funds and his failure to prevent the publication of naked photographs of a former employee who had sued him for sexual harassment.

However, The New York Times reported Charney, who had faced allegations of sexual harassment for decades, was actually ousted over the business’ deteriorating financial situation.

The fashion retailer posted a loss of $106 million last year, and the stock price had recently plunged to 47 cents a share from $15 in 2007.

Commentators have suggested it was a better public relations move for the company to be seen to be acting on an apparent controversy, rather than admitting financial woes.

Although the decisions could cost the board more money in the long run, with Charney now taking legal action against the board.

Costello says the action the board takes in a case like this depends who the CEO is at the time.

“So in the case of Dov Charney, he had actually established the company and was a shareholder, and if that’s the case and the company is performing well then the pressure might be to be more forgiving. But in the above case there had been actions galore and alleged sexual harassment behaviour for some years, which you would have thought might have caused the board to act before it did.”

“It was actually the falling share price and the company’s failing strategy that caused the board to act in the end although the alleged sexual harassment might have been the straw that broke the camel’s back.”

In a decision that was a direct result of controversy, the chief executive and founder of advertising platform RadiumOne, Gurbaksh Chahal, was fired by the board over his conviction for battery and domestic violence in April.

A week after Chahal pleaded guilty to two misdemeanours relating to an incident involving his girlfriend at his San Francisco apartment, public pressure mounted on the board to act.

The board knew about the situation and chose to sit on it for 10 months, citing admirable presumption of innocence doctrine as the reason for the delay, according to The Huffington Post.

The decision sparked arguments over whether or not a company should fire a chief executive over an external issue.

Costello says a CEO must be sacked if they breach the law.

In January, Rio Tinto’s CEO Tom Albanese “stepped down” from his role after announcing $14 billion of write-downs relating to the company’s investments in Mozambique.

The board called the write-downs “unacceptable”.

The write-downs came on top of other impairments during Albanese tenure as Rio’s chief executive, from May 2007, which totalled around $29 billion.

Albanese “stepped down” by “mutual agreement”, according to Rio Tinto’s announcement to the Australian Securities Exchange, but the board had a replacement ready in Sam Welsh, suggesting Albanese had been sacked.

Costello says a CEO should fall on the sword where there is a pattern of conduct that is in discord with the company’s value system.

In September last year, Treasury Wines fired its CEO David Dearie, with the board saying the company needed a CEO with a “stronger operational focus”, according to the Australian.

In similar circumstances to Pollaers, Dearie quit after the Treasury Wines board had undertaken a review of the business.

Treasury, which has wine brands Penfolds, Beringer and Lindeman’s under its umbrella, had announced it would destroy excess stock and employ a $160 million provision against the company’s US division only two months earlier.

TWE chairman Paul Rayner said the board had concluded that after the review, “now is the right time to look for a new CEO.”