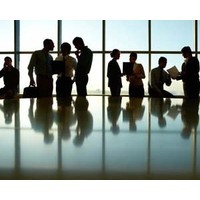 A new government initiative to get more women on boards is addressing “the wrong end of the problem” says feminist Eva Cox, who argues the bigger issue with boards is a homogeneity that results in group think. Cox says adding women is hard because the system requires that they mostly think and act like men.

Finance Minister Penny Wong and Minister for the Status of Women Julie Collins yesterday launched BoardLinks, a program that will help women get appointed to government boards. The program has also gained the support of senior executives from Westpac, the ASX, Coca-Cola Amatil and Telstra.

The government has committed to a 40% target for women on government boards by 2015, and is already close to achieving this. This contrasts with the ASX top 200 companies where women make up just 14.6% of board positions.

Cox said similar initiatives, including a government database of women, had come and gone before, resulting in very little change.

She said the main problem was boards continuing to look for people that fit in, rather than those seeking to change the culture.

“If you continue to appoint people who fit in, yes there will be more women in top positions, but nothing will really change.”

However Hannah Piterman, board consultant and adjunct associate professor at Monash University, said BoardLinks was evidence the government was serious about getting women on boards.

Professor Piterman agreed that the “male, pale and anglo” face of boards had to change, but added change must be led by corporations, with businesses, government and the university sector becoming increasingly ‘corporatised’.

“Corporates have a wide-reaching influence footprint. ASX leaders are opinion makers. They create an agenda that others follow,” she said.

The government plans to establish a mentoring program to assist women in achieving their professional goals and their first board appointment, as well as furthering their directorship careers.

“Women have been developing themselves for a long time and been excluded from positions of leadership on criteria which has nothing to do with their capabilities,” she said.

Ms Cox said mentoring programs are usually about trying to “fit a square peg in a round hole”.

She added that the mess made by boards in so many industries was proof that decision-making was “often wrong” and innovation ability missing on many boards.

“The question to be pushed back to government is: how are you going to change the culture on boards?”

Charis Palmer is the news editor of The Conversation, where this article first appeared.