Boart Longyear sacks chief: Too honest for his own good? 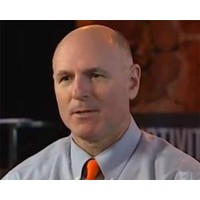 CEOs will often tell you they don’t focus on their share price.

Their job, they say, is to run the best business they can with the best strategy for the times. Get your strategy right, and your share price will follow.

The board of services and manufacturing company Boart Longyear seems to disagree.

In a shock announcement yesterday, the company said it was turfing out its chief executive Craig Kipp, a man known for his operational mastery who led the global company to a record half-year profit only a month ago and an 89% net profit increase six months before that.

In his place, a spokesperson said, it hoped to appoint someone with more experience in “engaging the market”.

The market was Kipp’s Achilles heel. Despite his winning strategy, the company’s share price has remained stubbornly low during his tenure, and a month ago, took a massive dive after he plainly stated the extent of the mining slowdown.

Boart Longyear is a maker of exploratory mining drills, and its fortunes are closely tied to commodities markets. The company was owned from the 1970s by miner Anglo American, and it was sold to private equity in 2005. By 2007 it was owned by Macquarie Bank, which listed it on the ASX.

At an investor briefing in August, Kipp, its CEO since 2009, laid out the facts.

“Our view is that the market has either plateaued or peaked,” he said. “I would almost call it a pause as you try and figure out where you’re going to get the next return for your dollar if you’re a mining company.”

He announced a reduced revenue forecast of $US2 billion – down from the previously-expected $US2.3 billion.

Boart Longyear reportedly told analysts yesterday that Kipp wasn’t sent packing because of his strategy. It was about the share price.

Ben Le Brun, a market analyst at optionsXpress, says Kipp was a victim of his own honesty.

“You’ve got a responsibility as a CEO to your shareholders to be as optimistic and positive as possible,” he says. “When Kipp came out with his outlook statement, he gave dire warnings for what the company could expect in the future.

“Even though they achieved close to record results, it was the low-point of earning season for me. He put figures on the negativity.”

Le Brun says it’s a difficult balancing act for CEOs, as the market generally prefers openness and honesty. But a little optimism goes a long way.

“Most CEOs, if facing negative or pessimistic circumstances, will either say nothing, or try and maintain some optimism. Craig [Kipp] just came out and said ‘we’re downgrading our earnings’, and put all these figures on it. Those figures were still only his best guess. That absolutely killed the share price.”

“Certainly if I was a shareholder, I wouldn’t have been impressed with what he had to say.”