Complacency: The danger of success 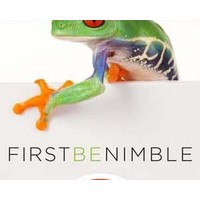 The arrogance of success is to think that what we did yesterday is good enough for tomorrow.   — William Pollard

It was three months since Alex had moved into the chief executive’s office at McCrae’s Fine Chocolates. What a transition: selling ExoticStreetGear, pulling together the financing, getting a handle on a new industry, and now running a business with well over double his previous staff. Transition or not, three months was plenty of time for the overachieving Alex to discover a host of problems that his scant due diligence had missed. Mostly they weren’t what he called ‘instant showstoppers’, but they were serious and for a man accustomed to sprinting at dotcom speed, this place – despite what looked like frenetic activity – seemed actually to achieve things with all the urgency of a lawn bowls club on a Sunday afternoon. It was time to stir things up and today’s executive team meeting was the ideal opportunity.

From 8.50am the executives began to arrive armed with notes, phones, iPads and cups of coffee. They sat in their usual places around the oval-shaped table in the neat but understated boardroom while Alex’s assistant of five years – the efficient and aptly named Ruth Quick – arranged water jugs and glasses and checked the presentation display.

Like most businesses, McCrae’s executive team was led by the chief executive and made up of the heads of the six key divisions:

• Sales and Marketing (including all stores)

Alex arrived right on the dot of 9am and opened the fortnightly 90-minute meeting with the usual flick through the agenda followed by a review in line with the key performance indicators (KPIs) and a welcome to Felix Tan, the newly appointed human resources director, who brought with him valuable experience from the chocolate industries in Japan and the United States. He might have dressed casually and looked younger than his 32 years, but seven years of leading a fast-growing team of too many Gen Ys had taught Alex how to run a meeting that stayed on track, mixed humour with business and ended with actions that had impact.

There was an edge to these fortnightly meetings that hadn’t been there in the torturously boring three-hour ‘infofests’ that they replaced. The previous CEO, Gerald Skipper (or Captain, as he was known to everyone except himself), was a typical Jellicoe Candy manager who enjoyed playing in the detail and always held people accountable for the quarter-by-quarter performance of their business units.

With Gerald you could relax when the topic was in someone else’s area or the horizon stretched beyond a year. Not with this new guy. He was unpredictable, directing questions to everyone and anyone about any topic and any time frame. That made some executives very uneasy, particularly the highly organised and methodical new products director, Katie Swan, whose presentation on a new drinking chocolate product had been allocated a full hour at Alex’s insistence. She would have been even more nervous had she seen the notes jotted in the iPad that accompanied him everywhere:

It was the final point that was occupying Alex’s attention more than anything. Product pipelines, online strategies and customer analytics were just tactics. A dynamic leadership team would

gobble them up. This group sitting around the table wasn’t even close to being a leadership team. They were managers waiting for something to happen. Alex was about to make it happen.

About First be Nimble:

How ironic that while leaders everywhere are asking the question, “How can we equip our business to adapt and thrive in the volatile business environment?”, the answer is most likely hanging, almost unused, on their wall. First Be Nimble engages, inspires and guides leaders, teams and whole organizations to bring their values to the frontline of the battle to be adaptive and high performing. First Be Nimble: A fable about how to adapt, innovate and perform in a volatile business world does exactly what the title suggests – through its unique format of real-to-life fable, insightful case examples and tools linked to online resources – and has the potential to transform the way companies tackle these challenges.

Graham Winter is Australia’s thought leader in creating and sustaining ‘one-team’ organisations. He is a three-time chief psychologist for the Australian Olympic team, founder and client solutions leader for Think One Team International, and formerly the exclusive designer of high performance leadership programs for PwC Consulting.  He is also the best-selling author of three books: Think One Team, The Man Who Cured the Performance Review and High Performance Leadership.