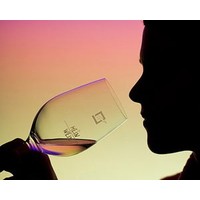 Here at Brains Trust, I love a good drink. As I’ve written before, wine can make you more creative while regular coffee consumption can make you live longer.

But sometimes, you need to put the science to one side and think solely about what the other person will think of you. This is especially the case during business lunches when you’re trying to impress.

Here’s the rub. According to a study to be published in the April issue of the Journal of Consumer Psychology, simply being seen holding an alcoholic beverage makes you seem dumb.

Scott I Rick and Maurice E Schweitzer, researchers at the University of Michigan and the Wharton School of Business, know getting drunk makes you behave stupidly. But they wanted to look at how people perceived people who were drinking, even if they weren’t drunk.

To test this, they came up with five separate experiments where subjects were placed in a situation and asked to evaluate the intelligence and persuasiveness of someone speaking, either with an alcoholic drink in their hand, or with a glass of Coke. The people taking part in the experiment were told they were evaluating someone as a speaker, or evaluating their persuasiveness, with intelligence being one of the things they were asked to assess. A minimum of 100 people were selected for every specific experiment.

There was no difference in likeability between someone drinking or not drinking. But the researchers documented a clear bias against alcohol drinkers in the intelligence stakes. They dubbed it the ‘imbibing idiot bias’.

Worryingly, this doesn’t square with what most executives think about wine when it comes to their own consumption, the researchers found. They asked 44 executive MBA students (ie working executives doing an MBA) whether they would order wine at a dinner interview. Most (70.5%) said they would, as it would make them seem more intelligent than ordering a soft drink.

Alcohol doesn’t make you dumb, the researchers add. In fact, they quote a number of studies that find moderate drinkers outperform those who never drink on a range of cognitive tests. Nonetheless, the bias persists.

Maybe save that glass of wine for lunch with friends.