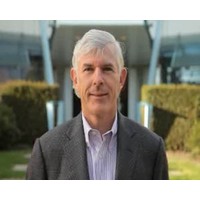 “Our first AGM after listing was in a Sydney hotel,” he said.

“It was an excellent AGM, but it tended to go a little long. In parallel with ours, Coles Myer were holding their AGM in a larger room in the same hotel. To our horror and dismay, by the time our AGM had finished, Coles Myer had eaten all our lunch.”

“Thereafter we concluded we needed to be separate from other companies… and the Tennis Centre has been excellent for us.”

CSL’s shareholders were today voting on a new company constitution, and executive remuneration which, as proxy groups pointed out, was higher than normal.

Nonetheless, the AGM was short and uncontroversial. Shareholders used the opportunity to thank McNamee for his 23 years leading the company. McNamee is retiring next July.

The Australian Shareholders’ Association was free in its praise. “It’s a very rare acknowledgement for us, and it doesn’t go with the job,” the ASA’s monitor said.

“Brian McNamee can rightly claim to be one of the most successful CEOs currently serving in Australia.”

A retail shareholder said he’d been attending CSL’s AGMS for the past 10 years, and felt he had to speak up.

“The main word I think of is [McNamee’s] brilliance, in so many different things, and his persistence.

“Once, at a very critical time for the company, he ran it from his hospital bed. And I think that’s the measure of the man.”

His retirement notwithstanding, it’s rare for shareholders to be so effusive in their praise of a CEO. There’s plenty leaders can learn from McNamee about leadership.

Beating the odds leads to the greatest rewards

When Brian McNamee took over what was then a government-owned entity many had written off, he was 33.

A doctor by training, McNamee tried his hand at professional tennis for a year, before putting down his racquet to take a job in the pharmaceutical industry. He was hired by blood products supplier CSL in 1990 as the second-in-charge, and became managing director six months later.

McNamee earned accolades by making the company respectable again after a consultant’s report recommended it be striped for profits and parts just before he took the helm.

The company was on the brink. The government had lost faith in it, and a key customer was looking elsewhere.