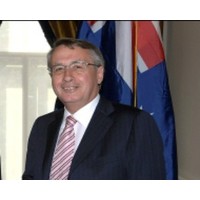 Traditionally a budget in an election year contains a host of sweeteners and giveaways, but this year the government simply didn’t have the money to soften up the business community.

Treasurer Wayne Swan is announcing a deficit of $18 billion and the much vaunted budget surplus won’t occur until 2015 when Swan is banking on a surplus of $800 million.

The cuts and revenue-raisers

In the meantime this election year budget is filled with incremental cuts and revenue raisers which Swan was quick to say were not “radical cuts to the bone” and instead “a sensible, calm and responsible approach that puts jobs first”.

The headline measures include:

Swan was at pains to emphasise that he could have cut harder but had held back.

“Just as we shielded Australia from the worst during the global financial crisis, we will continue to follow the responsible middle course.”

Business in the firing line

There may be no radical cuts but Swan’s “responsible” budget contains little joy for business.

The overwhelming majority of the measures touted as part of the government’s plans to “support business to innovate” had already been announced, including the $500 million investment in Industry Innovation Precincts and the government’s $1 billion “Plan for Australian Jobs”.

Swan described these measures in his budget speech as “part of our plan to support and create jobs, building on our loss carry-back and instant asset write-off reforms for 3 million small businesses.”

But he failed to mention the loss carry-back scheme, announced in last year’s budget, is still to be legislated for.

Rather than offering support for business, under the measures announced in tonight’s budget, businesses will be targeted through:

It is an election year after all so Swan has included a few measures for business to help the medicine go down:

The business community may be relieved that Swan’s cuts and revenue raisers were not more savage.

But there’s not much in tonight’s budget for voters and businesses to look to come September.