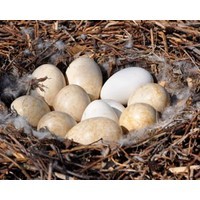 In yesterday’s budget, the Government announced two changes to superannuation likely to affect managers and executives.

Both the changes – the higher contributions tax and the deferral of contribution concessions for those over 50 – were leaked pre-budget. Together, they serve to make superannuation a less attractive investment vehicle for high-net worth individuals, and raise concerns about the fluid nature of Australia’s superannuation taxation.

As was widely reported before budget night, high income earners (those making more than $300,000 per year) will have the tax doubled on their concessional super contributions (contributed before PAYE tax) from 15% to 30%. The Government expects the changes to apply to 128,000 people next financial year, or 1.2% of those who contribute to superannuation.

Most will be employed by medium-sized and large companies.

“Superannuation at higher incomes has become very marginal, and there is nothing compelling to drive self-sufficiency in retirement,” he said.

One danger in this is it could drive high earners towards other investment avenues, which isn’t a good thing for the retirement system.

“By detracting from attractiveness of super, naturally you’re increasing attractiveness of alternative investment structures which carry higher risk,” Twentyman said. “In terms of promoting long-term savings for peoples’ retirement and savings pool, we see it as a negative.”

Those planning on contributing to their super should do so quickly. Close to two months remain until the end of the financial year, when the higher tax scheme comes into effect.

Measures intended to help people retire with enough saved in superannuation have been deferred in a bid to help the Government meet its budget surplus promise.

Under the measure, individuals over 50 with less than $500,000 in superannuation would have been able to contribute up to $50,000 a year in concessional superannuation contributions, double the figure available to the general population. The concessional nature of the contributions means they are taxed not at an individuals’ marginal tax rate, but at 15%, or 30% if they earn more than $300,000 a year.

The Government has delayed this measure two years, saying the delay would allow “smoother implementation” of the scheme.

But many are sceptical of this explanation. Fiona Reynolds, the chief executive of the Australian Institute of Superannuation Trustees, told SmartCompany yesterday the decision was disappointing.

“If the Australian Tax Office is able to deal with the administration of the new rules affecting those with earnings about $300,000, we see no reason why it can’t also deal with this policy,” Reynolds said.

“The Government has had three years to work out design problems, but has achieved nothing,” he said.

“The delay impacts significantly on people approaching retirement who are in a position to top up their superannuation accounts, and have been promised they will be able to, yet the Government continues to delay the introduction of a higher cap.”

The superannuation industry has repeatedly warned many older workers do not have enough superannuation to retire on, said Hall&Wilcox Lawyers partner Mark Payne.

“People contribute to super the most in their 50s and 60s because kids are out of school, mortgages are paid off, but they are just being hit by these measures.”

“Anyone that has turned 50 can feel dudded.”

Many have commented on how the changes may increase perceptions of regulatory risk posed by investing in superannuation.

Even with the high-income contributions tax increase, the total tax on superannuation is still around 15% lower than that on fully taxable income. But wealthy individuals might fear putting their money into the frequently changed system.

Mercer’s managing director, Australia & New Zealand, David Anderson said in a statement that continual changes to superannuation will unfortunately confirm the commonly held view that superannuation is an irresistible honey pot for governments short on money.

“There is a risk that further complicating and continually changing the rules in superannuation will reduce investor confidence in super and that would be a most unfortunate outcome,” Anderson said.

He stressed that superannuation remained an attractive strategy for building wealth, but said if Australia’s executives and wealthy individuals are not encouraged to engage in the system, this could have flow-on effects for middle income earners, who would follow their lead.

Accountancy firm, Deloitte, adds in its analysis that they were pleased the changes to superannuation were not larger, but the tinkering with taxation levels could tarnish the reputation of Australia’s compulsory superannuation scheme.

“There is a risk that Australians may think that superannuation is becoming an easy target for government tax changes.”

“As a result, Australians may cease to see superannuation as their preferred retirement savings arrangement.”