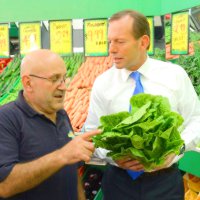 From a three-and-a-half year high last month, business confidence data for October shows the post-election honeymoon is over, with business conditions continuing to underperform in non-mining sectors.

As Treasurer Joe Hockey recognised in his “Australia: Open for Business” speech in New York last month, the initial positive reaction of business to the change of government needs to be matched up with action. After all, slogans only go so far.

Australia’s lack of competitiveness, and its impact on investment and business confidence, is not only a result of the high Australian dollar caused by the mining boom, but is also to some degree self-imposed.

Chiefly among the culprits for the lack of competitiveness are the increased burden of regulation, a cumbersome Industrial Relations system, a tax system in need of reform, and our ambivalent attitude towards foreign investment.

There are some encouraging signs that an “open for business” agenda has begun to take shape. In a recent speech at the Sydney Institute, Parliamentary Secretary to the Prime Minister Josh Frydenberg articulated a well-thought through deregulation agenda. Deregulation may be an important first step toward increasing our competitiveness and encouraging investment.

The need for deregulation

The increased burden of regulation is well documented and mostly pre-dates Kevin Rudd’s 2007 election. The last six years arguably saw a steep increase in the pervasiveness of regulation with a number of high profile legislative changes such as the carbon tax, the mining tax and changes to the Fair Work Act, bypassing the regulatory impact statement process.

In the latest Global Competitiveness Report published by the World Economic Forum, Australia ranked 128 out of 148 countries in terms of the burden of government regulation. I would not take this ranking too seriously – for example China ranks 14 and Vietnam 106 – as it is based on perceptions that are not easily transferable across different cultures. Nonetheless, the increased burden of government regulation is a reality.

One example is that of food manufacturer Simplot and its struggle to gain authorisation from Biosecurity Australia to import pancake “pods”.

Given the need for deregulation to reduce the heavy cost of regulatory compliance, the next question is how to go about it.

What it takes to deregulate

The recipe for a successful deregulation program is neither new or untried. It includes a concerted effort to repeal existing, ineffective regulation.

One of my favourites stories about excessive regulation involves Law no 9502 enacted by the Sao Paulo City Council in 1997. This law mandates that signs be posted next to lifts requiring users to check whether the lift is there before walking into it. Millions of dollars are spent to meet this legislative requirement with no significant impact on behaviour.

As the Simplot example above highlights, there are likely to be many opportunities for the federal government to eliminate ineffective but costly regulations.

There are also opportunities to avoid duplication and better coordinate with states and territories. Some states such as Queensland have already been quietly but steadily working through a similar deregulation agenda.

Another important element of a successful deregulation program includes ensuring that new regulation, no matter how politically important, is subject to a rigorous cost-benefit analysis in the form of a regulatory impact statement. While it is well understood that cost-benefit analysis is very sensitive to assumptions, a key benefit of requiring a regulatory impact statement is that it forces government bureaucrats to identify the range of costs and benefits and, in the process, increases the scrutiny of a policy decision or new regulation.

Finally, the new government deregulation agenda should also include a commitment to an ex-post evaluation of regulation. This is now common practice in other developed countries and is part of the process of ensuring that regulators are held accountable for their decisions.