Can Ted Pretty save an Australian manufacturing icon? 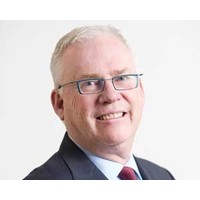 It’s the power of the brand that has lured Ted Pretty, a former Telstra executive, to become the chief executive of Hills Holdings, the maker of the uniquely Australian backyard washing line, the Hills Hoist.

The Hills brand is as ubiquitous as the brand of Telstra, the nation telecommunications carrier where Pretty cut his teeth in the corporate world, with mixed success, between 1999 and 2005.

Talking to LeadingCompany today, Pretty says he sees the role as Hills’ CEO, for which he was approached directly by the Hills board, as making the most of his skills and experience.

Asked why lead Hills, Pretty says: “It is the brand; if I have to come back to one item, it is the brand. It is a business where I feel I can use all the networks and contacts I have to add another layer of value.

“I haven’t been here [at Hills] for 20 years and worked my way up from the shop floor as my predecessor [Graham Lloyd Twartz]. I think there are advantages from talent management within. But there are also advantages to bringing people in with different set of experiences.”

Pretty is driven by a mission to save the brand from the fate of so many other iconic manufacturers. “What I am concerned about in Australia, it does trouble me when you look at iconic companies, like Pacific Brands and even Gunns, all these Australian companies that have had long history in their respective industries, and for whatever reason there have been shifts in the economics of industries, or competitiveness, and we wake up one day and they are under stress. That is not good. We need to have a sustainability.

“I think Hills is a real example where, if as Australians we are concerned to ensure we maintain core manufacturing capability and we are truly committed to innovation and being the smarter economy, then it has to work at companies like Hills.”

Petty bangs the desk as he continues this theme: “You can have as many reports and experts as you like, but the rubber hits the road at companies like Hills, with a strong brand, strong Australian base, strong manufacturing base, strong product development base. We got to find way to make sure these companies continue to be prosperous.”

There will be changes involved in Pretty’s vision for Hills’ future.

“We may behave to change our business models, the ecosystem in which we operate – our suppliers, our partners – but we have to start to get on with it; we have to make sure we are there. The great thing here is the board recognises that, and they are as enthused about that issue as me.”

But changing an icon is a delicate business.

The board continues to have a member of the Hills family: Jennifer Hill-Ling, who is the granddaughter of one of the founders, is the company chair. Pretty says he spent a lot of time with Hill-Ling before taking on the leadership role; he is the first CEO ever appointed from outside the company or the family. “Jenny and I spent a lot of time together before we both committed to the position. I wanted to feel that I could come in and be given the latitude, in consultation with the board, to set the strategy of the business, and to see if things needed to be changed, to move quickly on those,” Pretty says.

“Jenny said yes we want change but we want the board to come along on that journey, which is absolutely fine with me. The fantastic thing for me is that I have in one person the history of the company. And so things that are really important to Jenny outside the normal things of governance that are important to a chairman, are things around the brand and the values and the commitment of the company to its staff.”

Shareholders will also need to be convinced about any changes.

“When you walk into a company with a strong brand, you are a temporary custodian of the brand. There are many mum and dad shareholders in this company, and there is a lot of expectation.”

Hill-Ling is still a shareholder, with a holding of about 6%.

Hills is in the midst of change. As a manufacturing company, it is part of a sector that is facing structural changes, such as the high Australian dollar, changing attitudes to spending and debt among consumers, and the slowdown in the housing and construction sectors.

The departing CEO, Graham Lloyd Twartz, led the company through some of its hardest years, from 2008 to 2012. It has been volatile, with net profit bouncing as high as $48 million (in 2008) and as low as $28 million (in 2009). In 2011, the company sustained a net loss after unusual items of $75 million, after having to write down two of its construction businesses: Orrcom and Team Poly.

Twartz hands over to Pretty with a much better result this year: a new profit of $29 million, and a dividend to shareholder of 10.5 cents.

Still, the business is under review.

What is going to change?

Will there be job cuts? Pretty does not want to rule it out, but he says he will be looking everywhere else for savings before he cuts into the company’s “core competency”: its people.

A new business technology system (ERP) is in the process of being installed and will be fully installed by the end of this financial year – June 2013. At the moment, Pretty cannot say how much the company spends on research and development overall because the numbers are “buried” in the individual business units.

There are three business division. Electronics and Communications (the most profitable); Lifestyle & Sustainability (the smallest); and Building & Industrial (the biggest and least profitable).

“They have built and acquired businesses that are centred on some core capability. For example, the original steel business arising out of historical products, coming into fabrication and structural products for the construction industry. That was a natural progression. If you look at electronics and communications, that came from competencies built around the home and reliability and domestic security, lighting systems and control systems.

“People believed that Hills could do that because it had such a close connection with the home. They know how to grow distribution networks and service networks and outlet networks related to that marketplace.”

It comes down to the basics: have the right people and understand your capability. You have got to face reality, be disciplined in your approach, but support and nurture the business.