Career lessons from Today host Lisa Wilkinson: “There are always rewards when you back yourself” 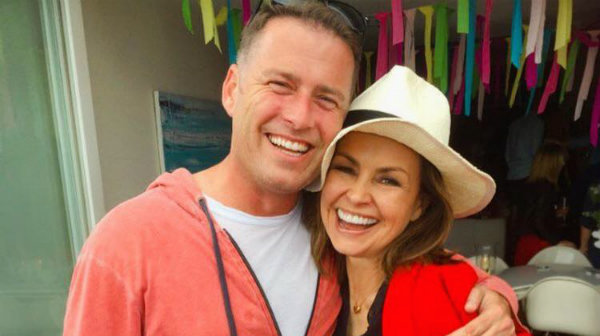 A decade ago, almost to the day, Lisa Wilkinson stepped in to co-host Channel 9’s breakfast news show Today. It is one of the most visible roles in Australian television and could have been described as something of a poisoned chalice for the then 47-year-old.

The past 18 months had seen four different co-hosts.

“I’m sure lots of people thought I was crazy,” Wilkinson told Women’s Agenda. “Today’s history at that point had been a little chequered and Sunrise was the bright shiny toy of breakfast TV.”

Pragmatism and a penchant for backing the underdog made it irresistible.

“I’m a girl from the Western Suburbs of Sydney. I always think, ‘Go on, underestimate me. That’ll be fun!’” she laughs.

Ten years on, it’s hard to imagine she hasn’t disproved anyone who misjudged her.

She has been instrumental in making Today a serious competitor to Channel 7’s Sunrise.

From 2004-2007, Sunrise won the ratings battle, averaging more than 150,000 more viewers than Today. During 2007 Today slightly improved its ratings and made significant gains in audience. It has continued to grow its ratings year on year.

In Melbourne, Today has won the morning breakfast slot for most weeks since May in the 2007 ratings by a considerable margin.

Back in 2007 Lisa didn’t know it would work out the way it has but she thought she’d prefer to give it a go than die wondering.

Signing up for three-and-a-half hours of live television, five days a week wasn’t without it challenges. Lisa’s husband, author Peter FitzSimons, was hosting a breakfast radio show at the same time and it wasn’t ideal for their three children.

“In the first 12 months it became obvious that the idea of two of us doing the breakfast shift — him on radio and me on TV — was not as ideal as it had appeared on paper,” she says.

Their children, one of whom was in primary school and two who were in high school at the time, were surviving “but not prospering”.

“One of us had to give up the role we had,” she explains. “I put my hand up and said I would give up Today but he insisted that he would. It was the best thing for our family because it took pressure off all of us.”

A husband stepping aside for his wife’s career is hardly the traditional way things are done — even now and less so 10 years ago. But when asked if Lisa had any apprehensions about the decision, she is resolute.

“I was not at all concerned. I have never made decisions based on what other people think,” she says.

“If I did I wouldn’t have taken on editing Dolly [at age 21] because I would have been petrified.”

Whether she was 21 or 47 when she commenced a new job, and whether it was in print or TV, Wilkinson has approached it in the same way.

“I have always concentrated on doing the best job I could each day. I haven’t ever thought about what was next,” Wilkinson says.

“The people who give their all to a job and make sure they are value-adding are the employees we all want.”

When Women’s Agenda interviews Wilkinson she has come off the Today set at midday: the bombing in Manchester meant their three-and-a-half-hour program extended out.

“We were coming to the end of the show when we got word of the explosion at the Ariana Grande concert, ” Wilkinson says.

“More often than not at the moment it’s our program time-slot that is breaks this type of news.”

There is adrenalin and while she admits to “peddling under the desk a bit harder” in these scenarios she says the critical thing is to keep calm.

“In the era of social media and the need for speed that has come with “news services” like Facebook there is so much misinformation out there,” Wilkinson says.

“The true craft of journalism is sorting through that information and verifying the news, not just responding in a knee jerk reaction to everything.”

A decade in she says she is really hitting her stride and cannot envisage any other job she’d want.

“I look around and there isn’t another job I covet. But I’m always up for a chat!,” she adds.

There is something quite brilliant, and reassuring, about interviewing a woman whose career has spanned almost three decades who appears, to these eyes and ears at least, as engaged and enthusiastic about her work as anyone else they’ve encountered. Is there a greater indicator of success? I’m not sure.

On being a woman over 40 on television

“I didn’t really think about my age when I started at Today. I haven’t ever seen age as something I’m defined by. If you look at the TV landscape in Australia things are looking promising if you are female and you have experience. Most TV and current affairs shows are being hosted by women over 40. That’s where the audience is and TV executives realise that.”

“I have never been afraid to take a chance and back myself and there are always rewards when you back yourself.

“If you possibly can choose the times where you go at full-speed but don’t be afraid — if you can — to pull your foot off the pedal at different times. I feel really fortunate that in my career, when I had the kids I spent more time on my personal life.”

And on the ghastly subject of “having it all”

“I consider this an albatross around the neck of women everywhere. It’s a little known fact that ‘having it all’  was invented by the iconic and longtime editor of Cosmopolitan Helen Gurley Brown. She is a woman who never had children and who had a husband who worked for her.

“Everyday she had a dozen worker bees getting her out the door looking immaculate. She had a stylist, a housekeeper, a manicurist, a hairdresser. Most of us don’t have that so for women to chase after something that is completely unrealistic rather than being kind to ourselves is cruel.

“We end up chasing our tail and going around in circles living up to an ideal that doesn’t exist.”