Casella: making it big in the American wine market 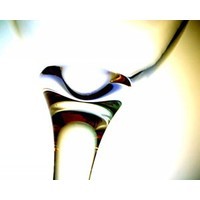 With a 42.3% share in value of the Australian category of the US wine market after pillaging the profits of wine giants such Foster’s, John Casella is a great believer in spotting trends before they happen. His business model has transformed the wine industry. He is now using the same strategy with a bold plan to turn the struggling local beer industry on its head.

He might just do it, too. Casella, Australia’s largest family-owned winery, has done everything differently from its competitors. While other Australian wine companies built their brands locally before venturing overseas, Casella went the other way and created his product offshore.

The story of Casella’s entry into the US wine market is more than a trend-spotting story; Casella avoided an expensive clash with rivals by redefining the product, and opening a new market, demonstrating the power of innovative marketing.

When the Riverina-based wine maker entered the US market in 2000, Casella was not interested in wine drinkers; he wanted something larger. He decided he wasn’t going to go after the wine drinking market. Instead, he embarked on a strategy to convert beer and ready-to-drink consumers to drinking wine. It was too big a market to ignore.

He felt instinctively that the punters wanted a social drink, not something with a taste and tradition they found difficult to appreciate.

While other wine makers focused on the wine country of California and turning up at wine and cheese events, Casella’s team drove across America in a car, zeroing in on big-box outlets, beer halls, drive-through liquor stores and mom and pop liquor outlets. “We really wanted to see what people were drinking and what people were looking for,’’ he says.

The next big step came when he bought the soft-in-taste Yellow Tail label from a South Australian designer. Australia was popular in America at this time because of the Sydney Olympics, and Casella knew the picture of the kangaroo against a yellow background would appeal to his target market. His distributor, Bill Deutsch from New York-based WJ Deutsch & Sons, was less than impressed.

“Having a kangaroo on the front label is like having an Eiffel tower on a French wine,” Deutsch growled.

The third winning strategy was adjusting the price. One of Casella’s wines, the Carramar brand, was selling in the US for $8.99. Selling only 20,000 cases a year, he knew it wasn’t enough to make a difference. Casella saw there were more sales in the $5.99 bracket and slotted Yellow Tail for that price. “At the price point of $8.99, we were really struggling to give the consumer a product they overwhelmingly enjoyed,’’ he says. “When I looked at the $5.99 price point, there were double the potential sales. I did the sums and I thought at this exchange rate [then about $A0.57], it would be a great return for us and that’s where the price point for Yellow Tail came from. It wasn’t the result from any great study,; it was more intuition. Once we had that and the label, the two just came together.”

Of course, other wine makers such as Lindeman’s (owned by ex-Foster’s wine spin=off Treasury Wine Estates) were selling at the same price point. What they hadn’t done, however, was target the enormous non-wine-drinking market. And they didn’t have that label.

Yellow Tail is the Australian wine industry’s biggest export success story. According to the latest Nielsen data, it has a 39.9% share of the Australian category in the US in volume terms. It has a 42.3% share in terms of value. It’s been as high as 46%. The nearest competitor is Lindeman’s at 10.6%. According to industry figures, Yellow Tail accounts for 20% of all bottled wine products leaving Australia.

Bill Deutsch isn’t worried about the kangaroo any more. Yellow Tail has been his distribution company’s biggest success story.

The Yellow Tail offer was simple: a red or white label. And while other wine makers put their wines in a burgundy bottle, Yellow Tail was packaged in a heavier Bordeaux bottle, which looked like it deserved a premium.

Still, no one was expecting it to be so successful. Not even Casella.

“It was unprecedented and for us it was unexpected. Our dream was to sell 10% of Rosemount at that time and it would have been something like 150,000 cases in a few years developing the brand. Deutsch thought they would sell 50,000 cases in the first year. We ended up delivering them one million cases in 13 months.”

Casella says the most important ingredients for success were:

But Casella says the dream run has come to an end with the high Australian dollar. Soon he will have to make hard decisions about raising prices. But the important thing for him is to maintain market share until the dollar normalises. He says the exchange rate has almost completely destroyed his profits in the US, but he has been saved by a hedging deal.

Accounts lodged with the Australian Securities and Investments Commission show revenue at Casella fell 13% in the 2011 financial year to $344.1 million with the high dollar crimping margins. The group posted a $68.5 million foreign currency gain, up from $15.9 million the year before. The one-off win helped almost quadruple net profit to $45.3 million, from $12.3 million a year earlier.

Meanwhile, Casella is planning to launch a beer next month in Australia. The name will be released at the launch but he says it will be a “nice Aussie name”. It won’t be Yellow Tail beer.

As with his US beer strategy, he has identified his market: the consumers who buy more expensive, high-margin beers for a night out and fun events. “The target market is broadly not the VB drinkers,” he says. “They will drink VB or anything that’s on special. We’re more the Boag’s and the Corona drinkers. We don’t have an Aussie competitor to these imports, there’s not a lot of effective competition to Beck’s and Heineken. It’s a good space and a profitable space so why can’t we compete with them?”

The other part of the strategy is to target liquor stores and restaurants. And, he says, there is an advantage coming from the wine industry and having what he calls a “wine-maker’s eye”.

“It’s a product that sits nicely alongside wine and we can produce it at the same site fairly effectively.  We can take out a lot of the fixed costs such as waste water, heating, security and HR. All those things we can incorporate into a single operation and be an effective competitor.”

His US experiences will enable his company to bring in a different-tasting beer with different pricing and packaging. “We have dealt with drinking expectations and it’s like someone going from aviation engineering to motor vehicle manufacturing. There will be other ways of doing things, like for example with light-weighting, and doing things a bit differently. You can always improve things; make them different and better.”

And in keeping with the company philosophy of focusing on its customers, Casella recently released an iPhone app asking people to tell him their beer drinking experience. “We are trying to tailor our product to their state,’’ he says.

He says there are two big lessons others businesses can draw from his experience: focus on costs and create a better product than rivals. “You can’t do it on price,’’ he says. “You have to sell the product and the attributes of the product.”