Chairman Chaney to stand down after 10 years at NAB: How long is too long? 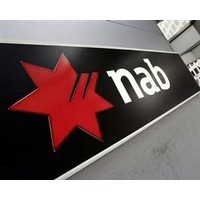 After eight years on the NAB board, veteran corporate director Michael Chaney has announced he won’t be standing for re-election when his term expires.

“We have this general understanding that 10 years is a good time,” he said, referring to his time on the board. “I expect [this will] be my last term.”

Only one director on NAB’s board, Geoffrey Tomlinson, has been there more than 10 years (Tomlinson has been there for 12). The average age is 6.3 years. Kenneth Henry was appointed at last year’s general meeting, taking the spot vacated by Malcolm Williamson, who had been there eight years.

Such turnover is common to the ASX200. A recent study by the Australian Institute of Company Directors found the average tenure of non-executive company directors in Australia’s 200 companies by market capitalisation was 5.19 years.

Many companies have formal policies that limit director terms, explains Kerryn Newton, the managing director of corporate governance consultancy Directors Australia. Sometimes this is formalised in a company’s constitution, or in the appointment notices of new directors.

Those that don’t have formal procedures, such as the NAB, nonetheless often try to limit terms to 10 years or under.

“It’s a rule of thumb to either have three terms of three years as a maximum, or two terms of four years,” she says. “You need time to get on top of the business, a period of time to make a solid contribution, and a period to hand over and work with newer directors. So eight or nine years is ideal.”

Companies need to switch up directors from time to time to maintain a fresh perspective, Newton says, as well as to make sure the board’s skill set aligns with the strategic needs of the organisation. “Just as CEOs need to be matched to the stage and nature of the challenges facing a company, so does the board.”

In the United Kingdom and Malaysia, directors cease to be independent once they have been on a board for nine years. In Hong King and Singapore, boards have to explain why they think a director should still be considered independent.

Newton says a lack of independence is a risk with long-serving board directors. “There is a concern that a director who has sat on the board for an extended period of time is no longer independent. They’re just too close to the organisation,” she says. When directors serve together for too long, there’s a danger of group-think developing, or it becomesmore difficult for directors to disagree with one another.

In Australia, the Australian Prudential Regulatory Authority (APRA) requires companies to have a policy on board renewal, detailing how the board intends to renew itself “in order to remain open to new ideas and independent thinking, while retaining adequate expertise.”