“Changed the rules”: How this serial entrepreneur turned a $35 blog into a $7 million business 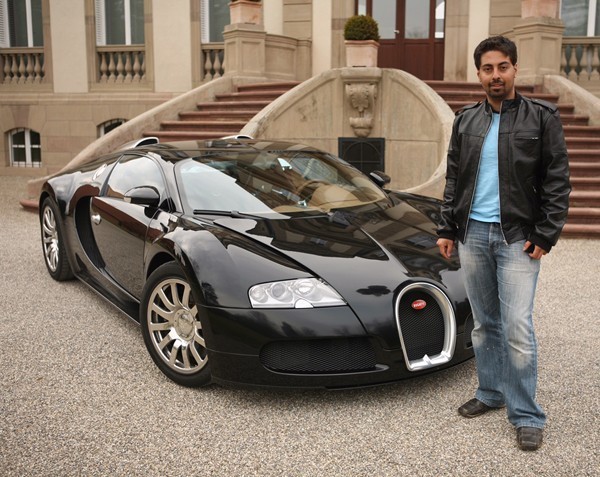 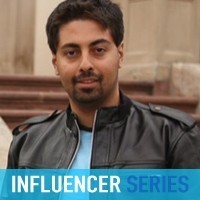 Alborz Fallah was born to be an entrepreneur. The 30-year-old started making money when he was still in primary school by letting American companies advertise on his website.

Today, Fallah runs CarAdvice.com.au – one of Australia’s most popular websites for new car buyers. The business turns over around $7 million, thanks largely to healthy advertising sales, and employs 30 people. We spoke to Fallah to find out what it takes to turn a humble blog into a thriving online business.

This is the seventeenth business I’ve started. I’ve run internet cafes, I’ve run a computer store and an internet marketing company. I’ve always wanted to do things my way.

CarAdvice started in 2006 with a $35 investment to buy the domain. I’ve always loved cars and always wanted to do something in the car space.

I couldn’t believe a domain as good as caradvice.com.au still existed in 2006. So I registered the domain and got going. Six months later, I was joined by my co-founder Anthony Crawford.

We review any car on the market and give honest and reliable advice. Our job is to connect the right customer to the right car.

I think you can never discount previous experiences, particularly dozens of failures. I never took my failures as failures, I took them as lessons.

My advice would definitely be to fail early and fail as many times as you can so that when you grow up one venture will definitely work. You’ve just got to keep trying and the one that will work will be the one you’re most passionate about.

For me personally, the biggest highlight has been freely distributing the business’s shares to other people. People work really well on a business when they own a chunk of it.

We don’t have an employee mentality of ‘it’s 5 o’clock, it’s time to go home’. We treat the business like a baby.

We changed the rules of the game. Previously, car journos would go to the launch of a car and publish the story in a week. We started putting a rule in place that we would have a story up in 24 hours.

We’ve had legal letters and whatever you can think of from our competition to try to scare us, shut us off and make us go away.

We didn’t think anything of it – we just kept going because we could see we were growing and they weren’t.

If it was valid criticism, we’d say thanks for that and make it better. But most of our competitors were so concerned they would criticise us to the manufacturers rather than do something better with their own publications.

We never criticise our competition. We just try to be good at what we do.

When we started having full-time staff we used to outsource our sales team. But now we’ve put everything in-house.

When we were outsourcing, we were leaving the destiny of our business in someone else’s hands.

It became quite hard to run a business where your revenue would fluctuate month by month as the few people in charge of that were focused on a couple of other things.

Once we brought sales in-house it really changed the whole game for us. We knew what we were doing well, what we weren’t doing well and could grow our sales team.

I would recommend doing everything internally. We find everything works a lot better when everyone who works on the business is here and part of the family.

Almost 70% of our audience comes from people researching a car on Google. Nobody Googles a Kia Rio for fun, so they come to us and read the site.

The best marketing we did was when we were 18 months old and went and drove the world’s fastest car.

The issue we had at the time was credibility – our competitors would say “they don’t know what they’re doing”. So we said let’s do our absolute best to drive the Bugatti Veyron.

I became the youngest person in the world to drive the world’s fastest car. We filmed that and put it on the site and from there used it as a reference for everything.

If we wanted to drive a Lamborghinithe car-maker would say, “OK, who are you guys?” and we would send that video. It was a huge credibility boost for our site.

Our competitors were so used to having an invite to something and have someone else pay for it.

However, with something like the Veyron, that wasn’t going to happen. So we paid for the trip to France with our own money and paid for our own camera crew and it paid dividends.

If you don’t have the core IT skills, my advice to other entrepreneurs would be to get somebody that does. For example, my partner in the business – Anthony Crawford – is the best people person I’ve ever known.

Whatever skill you lack, I would highly recommend getting someone with the skill so that it becomes their business as well. Particularly at the early stage.

We were told for so long that the business would never work. We were told there was no way we could take on the likes of Fairfax and News Corp.

But those businesses are run by people and those people are no smarter than us. Whether they are better resourced or have a team of lawyers, it’s almost irrelevant.

If you do it better than they do it you will win.

You’ve just got to be the best and most passionate about what you do. If you’re doing it for the money from the start, it’s not going to work.

The main thing is to love what you do.

Occupational health and safety: How to ensure your business is covered

This Melbourne startup helps businesses see how their offices are used in real time, and it’s raised $5 million to turbocharge its growth