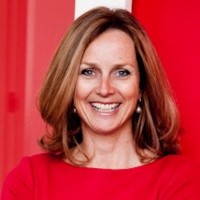 I was chatting with a friend yesterday and we were talking about how to teach our children the value of money.

I remembered a presentation I attended years ago when the woman likened money to water: it has a need to flow – there is clean money and dirty money, sometimes it gets dammed up – but spread freely and evenly allows the world to prosper.

My friend said that he has set aside some money to support community programs or charitable works. His family, including his children, together debate how it is to be spent. Every cent, however, must be donated or given away in the pursuit of making the world a better place: A great life lesson for children to learn about giving and contributing to others.

We both lamented the importance of role models and how much of our media is full of so called “celebrities” who are not good role models for our children. My friend reminded me of Gerry Harvey’s comments back in 2008.

Mr Harvey said giving money to people who “are not putting anything back into the community” is like “helping a whole heap of no-hopers to survive for no good reason”.

“You could go out and give a million dollars to a charity tomorrow to help the homeless. You could argue that it is just wasted. They are not putting anything back into the community.”

Now Mr Harvey’s comments may well have been taken out of context or changed his tune. But the damage has been done – and his comments remain in print. It is really hard to admire someone as a leader if his or her motivation is the accumulation of personal wealth or if they have no consideration for wanting to make the world a better place.

Recently the Sydney Morning Herald article ‘We’ll be richer if our last cheque bounces‘ states that:

“Only six in 10 of the wealthiest Australians give money to charity and philanthropic causes, according to a 2008 report by researchers at the Australian Centre of Philanthropy and Nonprofit Studies at the Queensland University of Technology.”

Bill and Melinda Gates and Warren Buffett are world famous for not only their charitable contributions but in urging other wealthy people to “give back” to society. As Buffet said (though I did hear George Clooney utter this very line in the movie The Descendants):

In fact, one does not have to be wealthy to contribute. Australians are by nature generous – think of the massive support in recent years to the Brisbane Floods and the Victorian Bushfires. Australia topped the 2010 World Giving Index of 153 countries in terms of people’s willingness to give money, and was third most generous in 2011.

The Employee Engagement Capabilities Report that we undertook earlier this year found that time off for volunteering was the activity most likely to improve an employer’s engagement. score – as long as all the other basic employee services are in place.

It is not difficult for every employer to add value to the community – and both will benefit as a result. I wonder if Harvey Norman employees get a day off each year to volunteer somewhere… perhaps someone could enlighten me.

Naomi Simson is the founder of RedBalloon. She was the 2011 Ernst & Young National Entrepreneur of the Year – Industry.