Chinese whispers: The delicate art of allocating power in Beijing 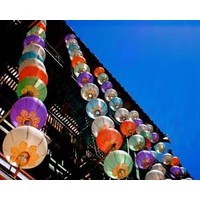 China is Australia’s largest trading partner and alongside the United States, the nation of greatest importance to our future prosperity and security. But unlike the US, where the presidential election has been a constant feature in our media for months, China’s system of selecting its leadership remains nearly impenetrable to the average observer and distinctly opaque to even more seasoned Sinophiles.

Learning as we go

During the 18th Party Congress of the Communist Party of China, which starts in Beijing on November 8, the elite of the party will convene in Beijing to elect a new leadership, assess the achievements since the Congress of 2007, and then set the direction for the coming five years.

There is considerable confusion over how new leaders will be elected. Part of this is because the internal governance processes of the party are secrets it guards jealously, but also because these rules have been undergoing reformation and change over the last three decades.

What we will see in November, therefore, is likely to be some procedures based on precedents established before, and some which will be innovations.

Over the past 18 months party officials throughout China have been selecting 2500 reliable representatives from the 82 million members of the party, who can attend the major five-yearly meeting in Beijing. These convene today to hear the party work report delivered by outgoing General Secretary Hu Jintao. This report will contain no surprises.

It will be based on extensive consultation across all ministries, party organs, leaders and key stakeholders over the last year, written by a team of experts and then passed by the current Politburo. The 2007 report delivered by Hu went through more than 50 different drafts before being finalised.

Once this has been delivered, the 18th Party Congress will be deemed to have come to an end, and the internal meetings will begin over the coming days to appoint a new leadership.

A new Politburo will form … somehow

From precedents, we can guess that a new central committee of around 200 full and 150 alternate members will be elected, consisting of a balance of military, provincial, government and party leaders.

From these, a full Politburo of around 25 members will be elected, and then a Standing Committee of 7 to 9 (or perhaps, though very unlikely, even 11) people. It will be these who will emerge, sometime around the 14th November, to declare that the 18th Party Congress has ended and the new leadership is in place.

While this is the broad outline of what we can expect, much of the detail is unknown. How Central Committee members “elect” Politburo members remains a mystery.

For several months, there has been extensive lobbying and political manoeuvring in order to ensure that some figures are in with a chance to be elevated, and others (most famously Bo Xilai, who was felled earlier this year for corruption and for his wife’s connection with the murder of a British business person) have fallen by the wayside.

Precisely how the final pecking order within the Standing Committee will be arrived at nobody knows. That it might be the result of free elections within the Central Committee is most unlikely.

The period from the 9th November onwards will therefore be mostly about intense discussions within the party, behind closed doors, about who of the list of about 11 candidates will be best placed to take up certain slots.

The transition of leadership we expect at the 18th Party Congress will be novel in one very obvious way; for the first time since the Communist Party of China came to power in 1949 there will be a leadership change in which the impact of former very powerful specific figures is no longer evident. The paramount leader from 1978 onwards, Deng Xiaoping was instrumental in getting Hu Jintao appointed as the replacement for Jiang Zemin in 2002.

This gave the process stability, such was the immense political capital that Deng still had, despite having been dead for five years by the time the change eventually happened. With this changeover from the fourth generation of leadership to the fifth, there is no such stabilising “elite” voice.

This time, it will be much more about intense negotiations within the party about who is best to do what, with some big trade-offs to expect as the process comes to an end.

If the transition goes well, the new leaders have legitimacy and are accepted, then the 18th Party Congress will have achieved a major objective of offering a template for future changeovers.

If it goes badly, and there is argument and opposition both in the party and in society, then this will be a major source of instability. We will not know which way things will go until some months after the Congress has finished.

Kerry Brown is the executive director, China Studies Centre, at University of Sydney.