Clive Palmer says he will survive on just $30 million a year, despite falling iron ore price and burning dinosaurs 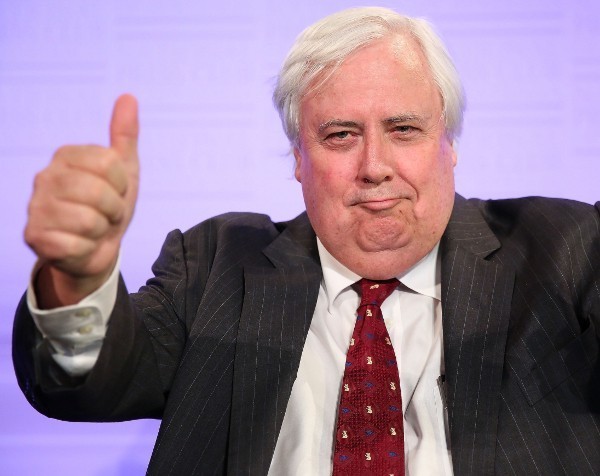 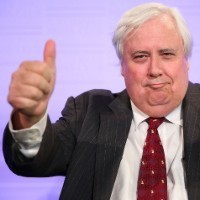 Clive Palmer has brushed off concerns about his declining fortune in the face of tumbling iron ore prices, a rapidly fracturing political party and the closure of his Sunshine Coast resort, telling reporters he’s happy to live on just $30 million a year.

Palmer’s comments came as the price of iron ore recently closed at $US55.60 per tonne ($70.64) – significantly below the 2012 floor price of $US110 – as growth in demand from China has cooled. The mining magnate’s fortune has been slashed as a result.

Palmer had already fallen off this year’s Forbes Rich List, with his wealth falling below $US550 million ($698 million).

Despite the fall, The Australian reports Palmer said he has “no concern at all” about the state of his personal wealth.

“I’ve got enough money to sleep in a bed at night, to have a good time, I’m pretty happy,” Palmer said.

“I can live on $30 million or $40 million a year, I can be all right with that. Of course, everyone’s interested about my financial status, but it’s fine. I haven’t got any debts, I’ve got billions of dollars of assets so I’m a happy chappy.”

The Palmer United Party leader, who also heads mining companies Mineralogy, QNI Metals and QNI Resources, was attempting to put on a brave face with the comments, as problems accumulate on several business and political fronts.

The closure of the park, which was known as the Hyatt Regency Coolum prior to Palmers’ purchase of it in 2011, came after a 10-metre model Tyrannosaurus rex, named “Jeff”, caught fire at the start of the month. Queensland Fire and Emergency Services blamed an electrical fault, along with the dinosaur’s fibreglass and rubber construction, for the blaze.

Despite the dinosaur fire, the Palmersaurus section of the resort remains open, along with its golf course, museum and restaurant.

While one of Palmer’s pet projects went up in flames, another appears to be taking on water. Back in early 2013, Palmer announced plans to build a replica of the ill-fated trans-Atlantic cruise ship the Titanic, known as Titanic II.

Under construction at the CSC Jinling shipyard in China, the replica was to be identical to the original ship, which sank in 1912, except with more lifeboats.

Like its namesake, there are reports the project is sinking, with work falling two years behind schedule. Workers now doubt construction will ever begin on the project.

The news has seen PUP’s once-powerful balance of power position in the Senate dwindle, with Senator Dio Wang now the party’s last remaining parliamentary representative, aside from Palmer himself.

In a statement, Palmer called on Lazarus to leave the Senate following the defection.

“Clearly voters put the mandate of the party before any individual. Mr Lazarus has not done his duty in upholding the ideals of the party, he has let down not only the Palmer United Party but also the voters who trusted and elected him,” Palmer stated.

The resignation came after PUP failed to attract an anticipated surge of votes in February’s state election in Queensland, with Annastacia Palaszczuk leading the Labor Party to a surprise victory, and Palmer’s promise to axe payroll tax failing to woo voters.

SmartCompany attempted to contact both Palmer and the PUP but did not receive a response prior to publication.