Cochlear CEO Chris Roberts: How to navigate a disaster 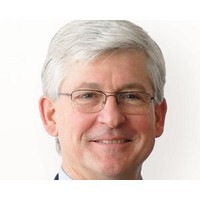 Building a business is an exercise in design rather than analysis, according to Dr Chris Roberts, chief executive of hearing implant maker Cochlear.

Cochlear is an Australian manufacturing success story, a listed company with a market capitalisation of about $4 billion, placing it in the S&P/ASX100.

The company had a dream run in the market for decades, but for the past few years, life has not been so rosy. Roberts has been in a long-running battle with the Australian Manufacturing Workers Union over a collective bargaining agreement involving pay, workplace protocols and conditions.

In 2011, the company suffered a devastating product recall, and the experience profoundly affected Roberts. Last year, Cochlear’s board came under fire from shareholders over the CEO’s remuneration.

But that is in the past; Roberts is a leader focused on the future.

“When I look at financial results, I’m trying to understand what they mean for the future,” Roberts says. “Financial metrics are often a lag indicator, so if you’re not careful, you can spend a lot of time looking at life through a rear-vision mirror.

“You can analyse the past all you like, but not the future. You have to design the future. Look forward.”

Roberts is one of the few ASX100 CEOs to have completed an MBA (from Macquarie Graduate School of Management), but he finds his technical training still serves him in his leadership role.

“I’m very happy to have a background as a chemical engineer because engineering is one of the few disciplines to teach you about design,” he says.

“Most university degrees, whether it’s law, medicine, science, maths, commerce or economics, don’t teach you anything about design.”

It was the unwavering research, dedication and commitment of Professor Graeme Clark, whose father was deaf, that led to the development of the first multi-channel research hearing implant in 1978.
Rod Saunders become the first Cochlear recipient.

Four years later, the first commercial Nucleus device was ready and implanted into Graham Carrick. Carrick recently helped the company celebrate its 30th anniversary by recalling how the implant changed his life. “As far as I am concerned, I am a happier man than I ever was. For 17 years, I was profoundly deaf,” Carrick explains.

Cochlear listed on the Australian Stock Exchange in December 1995, after it was spun out of Pacific Dunlop, for $2.50 a share.

Roberts has worked in the medical device industry for more than 35 years and was appointed chief executive of Cochlear in 2004.

Roberts has taken the company far.