Cochlear keeps the faith amid a costly product recall 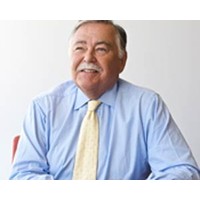 But even though the company’s revenues were significantly down, chief Chris Roberts today spruiked the company with evangelism rarely seen in Australian corporate chiefs.

“I’d like to end with a call to action,” he announced at the bionic ear-maker’s annual general meeting in Sydney. “You all have an obligation – a responsibility – not as [Cochlear] shareholders, but as members of your community. You know how wonderful Cochlear implants are. When you see people struggling with their hearing, help them. Suggest professional advice from someone who knows a thing or two about Cochlear implants… Please be advocates for this wonderful invention.”

It’s been 30 years since the first implant of Cochlear’s signature product, and since then it’s helped thousands of people to regain their hearing. It’s made healthy profits for its shareholders along the way. This year, the company’s dividend increased for the 16th straight year (to $2.45 a share from $2.25), despite its 2011-2012 financial year profits being significantly lower (the company posted $56.8032 million in profits last August, down 68% on the year before.

Cochlear’s poor financial performance was caused by two factors. The most significant was the aforementioned recall of its CI500 series implants, starting in September 2011, after  the detection of higher-than-usual rates of malfunction.

The exchange rate also played a part in Cochlear’s lower profits. This year the Australian dollar appreciated 5% against both the American dollar and the Euro, regions which account for 42% and 41% of Cochlear’s sales respectively. The earnings, when converted back to Australian dollars, shrank.

Despite a difficult year, Roberts was bullish about the company’s future.

Partly, his optimism was because of demographics.

Presenting a 10-year chart, Roberts showed how historically, more than half the new recipients of hearing implants were children. Today, that figure is less than one third.

“But 14 in 1000 adults experience profound hearing loss. That’s an order of magnitude bigger. The over 65s are now 30% of new recipients. In countries like the United States and Australia, there are more new recipients getting implants over the age of 65 than there are children getting them.”

This is good for the community as well as good for Cochlear, Roberts said, quoting three recent studies that have pointed to hearing loss as an important risk factor in cognitive decline among the elderly.

What Cochlear learned from the recall

Cochlear isn’t entirely sure what caused its products to malfunction.

“We understand what happened. We still don’t know why,” chair Rick Holliday-Smith (pictured above) told the AGM this morning.

However, he said the recall had shown the importance of having processes in place to deal with such a risk.

One lesson from the ordeal, said Holliday-Smith, was the importance of never being in the marketplace without at least two products.

“I don’t think anyone understood how important that was,” he said. “We never want to be there with only one product that has a global reputation, for exactly the situation we’ve just seen.”

When the recall of the CI500 series was initiated, affected customers were moved onto the CI24Re implant.

Secondly, Holliday-Smith said the recall affirmed Cochlear’s practice of multiskilling its workforce. “We’re very lucky to be big enough to have introduced a lot of flexibility in our workforce, especially with manufacturing,” Holliday-Smith said. “Many of our staff can operate on multiple products at the same time, easily moving from one to the other. We’ve got a fantastic workforce.”

To better understand the company’s performance in the wake of the recall, Holliday-Smith took a global tour of Cochlear’s operations (Cochlear is sold in over 100 countries, and has staff stationed in 20).

“I spoke to as many people as I could,” Holliday-Smith said. “I was impressed with their commitment to keeping Cochlear the market leader… I was made personally aware of how hard our employees worked over the past year. We’re very lucky to have them.”

The recall has raised questions for Cochlear about how much testing it should do on its products.

“When you try to weld or glue together titanium and ceramic, most people have no clue how to do it – it’s a very complex thing to do,” Holliday-Smith said. “When you change any sort of form, there’s always a risk.

“The question is how much testing you have to do to satisfy yourself while staying commercial.”

Of course, Cochlear’s AGM wasn’t all accolades and calls to arms.

All major proxy advisory groups recommended against voting for the company’s remuneration report, with special reference to the long-term incentives awarded to the CEO.

Their concern is that the product recall led to Cochlear’s share price diving lower than its fundamentals deserve, meaning the strike-price at which CEO Chris Roberts could redeem his options is likely to be reached regardless of how well he steers the company.

In response to pointed questions by the Australian Shareholders’ Association’s Stephen Mayne about the assumptions that underlie the level and extent of the options, Holliday-Smith said it was clear the market wasn’t sufficiently informed about how company’s executive compensation was calculated.

An institutional representative contested this. “There is no confusion,” he said. “The institutions know precisely what they are voting against… and that is the dramatic increase in the size of the grant.”

The shareholder accused the remuneration committee of “dropping the ball”, and said he was disappointed that when concerns were raised about the long-term incentives, the board “dug in” and defended the grant.

Holliday-Smith said he spoke to a number of shareholders after concerns were raised, and had a “sensible dialogue” with those he got through to.

“We should have been interacting with a wider group of shareholders much earlier.”

Other shareholders came to the Cochlear board’s defence.

One representative said his fund was happy with Roberts’ large personal stake in the company (he owns $50 million worth of shares – the largest personal holding in the ASX50 for a non-founder), and that the remuneration was in the interests of shareholders.

“We have absolute confidence in the board, even though this year has been challenging,” he said. “We see no reason to beat the company up given what it’s gone through last year.”

In the end, 31% of shareholders voted against the remuneration report, and 33% against the options given to Roberts. This marks the ‘first strike’ against a big company this AGM season.