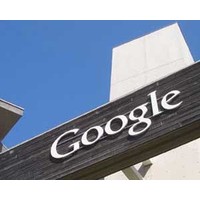 At the end of a 19-month investigation into Google’s search business by the US Federal Trade Commission, many commentators declared that Google had “dodged a bullet”.

In other words, the journalists believed that fortune had somehow intervened to rescue Google from the claims laid by its competitors that it was unfairly using its search results to promote its own services ahead of competitors. The FTC saw it differently, however, and defended its decision to shut down the investigation by declaring that Google had not broken any antitrust law.

Google and its lawyers are now hoping that the European Commission for competition will follow the US’ lead and abandon its own investigation. But according to a recent interview with European Commission member Joaquin Almunia, this is not likely to happen.

“We are still investigating, but my conviction is they are diverting traffic [to their own services],” Almunia said recently.

It is likely that there will be a settlement of some sort with Google conceding a change in search functionality for the European market. Fighting the EC could potentially result in fines of up to $4 billion and an unlikely outcome should they appeal. Certainly, Microsoft was not successful when it took an aggressive stance against the EC in its own anti-competition battle.

At the heart of these investigations are two questions. The first is whether the accusations are actually true. The second is the question of what is actually in the consumer’s interest and ultimately who is in the best position to decide.

Dealing with the first question, despite Google’s claims that it does not engage in specific practices to skew its search algorithms to favour its own services and the US FTC ruling, Harvard researchers did find that Google was three times more likely to favour its own brands over competing brands when searches feature terms such as “mail”, “videos” or “maps”. Certainly using these terms in searches brings up Google services at the top of the results.

But does this constitute unfair competition? Yahoo does the same thing with its search results and so if this is considered part and parcel of the functionality a multi-faceted service organisation would offer, why is it different in Google’s case?

This leads us to the next question: what is actually in the consumer’s interest and who gets to decide?

Google became dominant in the search market not only for the quality of its search algorithms but how it then integrated useful functionality from search into general information, maps, recommendation and other services. One could argue that if this wasn’t in the interest of consumers, they wouldn’t have opted to use Google’s search and would have used some other service instead.

There is no real evidence that I would always use Google’s recommendations ahead of Yelp’s – in fact anecdotally, I tried this recently where I used both services to read reviews of a restaurant in Sydney. Yelp’s was hopeless in comparison to Google+ and so my inclination to go back to Yelp after that was reduced. And this is the point: ultimately, consumers will decide on what service they use based on the quality of that service. In any event, it is incredibly difficult to make any particular judgements over and above the obvious of the result order from a search.

When government bureaucracies become involved in making decisions about competition in software, it is generally not going to be on the basis of software usability. They will be examining the charges based on a legal, political or economic basis. In the case of the European Commission, one can’t help feeling that politics is the driving force. Unlike the FTC, which had a panel of 5 cross-party commissioners adjudicating, the EC has one: Joaquin Almunia.

Almunia has a strong political background, shaped by his affiliation with the former Marxist Spanish Socialist Workers’ Party of which he was a serving politician for many years. So in the EC’s case, are we seeing a decision that is being made that will benefit the EC or European consumers?

The use of the FTC and EC by competitors has become part of a global arsenal by multinationals along with the patent courts and the US International Trade Commission.

It is no longer sufficient to compete solely in the marketplace and all of the large IT companies are guilty of waging high-stakes war to determine who even gets to sell their products in a market in the first place.

Ironically, the money that is spent fighting legal battles of this sort comes directly from the consumers these organisations were set up to protect. Nobody believes that this can be good for consumers and so our interests are best served by radical reform of these trade commissions rather than their adjudication on the trivia of product arguments that are brought before them.

David Glance is the director, Centre for Software Practice, at University of Western Australia.