Coping with death in the workplace 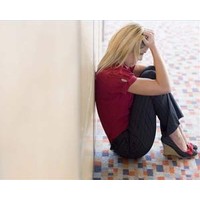 One of our key people recently died, suddenly and unexpectedly.

The issues for his team, us as employers, and the business were difficult but needed handling.

He was a popular team leader out for a run on a Saturday. He was found lying unconscious on the road outside his home, as we now know, having suffered a massive stroke. His hand was reaching out for his dropped mobile phone to get help.

His family and workmates were shocked about the idea of a bulletproof person being felled. Then followed the tragedy of 20 days in hospital in a coma. Then death.

There are reactions to deal with as friends and colleagues, and difficulties as an employer. How to tackle the situation with compassion, but with an eye to reasonably keeping the business going is one of the most difficult judgement calls.

It is best done in the stages.

The days of allowing only the tightest colleagues to a funeral – “and be straight back to work” – are gone.

If the person had been an effective team leader, as this man was – he led a remote team from HQ with autonomy – the emotional bonds are strong. And his 20 days at death’s door heightened the emotion.

Grief counsellors are wonderful people who understand the difficult emotions involved, and how best to handle the variation of reactions. Making them available to staff and the effected family is the least an employer can do, not just in the immediate period, but for months after to allow for the delayed reaction in some.

That also allows fellow workers to grieve without limit (given there may be some issues and reactions that employers really don’t need to know).

The harsh reality is that the business has to keep going. Some customers and suppliers, even some fellow employees, give a quick polite nod to the situation, but still expect their business to be conducted. Others also grieve.

The immediate team members are suffering, and have also lost a leader, so expecting them to fill in for the emergency is not wise.

This situation requires some fast and wise judgement calls. Either the boss or an experienced, sometimes retired, old hand needs to come in on a well-telegraphed temporary basis. The team needs to understand this is temporary help, to ensure they don’t get further upset or destabilised by the thought of a new boss.

Experience is needed to handle bruised staff, and also those who grieve by just wanting to get on with their task. Or those who worry about handling their work.

Some customers and suppliers need a calming word, and some a blunt one. There will be some effect on the business (otherwise the dying and now dead person would not have been so valued).

The judgement is how to keep some momentum going for a return to some normalcy, in our case after a very uncertain month.

At some time the team leader has to be replaced and business must go on, albeit never quite the same as it was. We have consulted with the man’s widow, who says she wants the team to keep on going. That imprimatur, given voluntarily, was critical permission for everyone to move on.

Choosing a replacement is then even more critical than usual. Using the tragedy as an opportunity to rebuild is acceptable, but to reorganise is rather harsh (and seen as such by staff and some customers).

A medical lesson: If you suffer an onset of regular headaches – different from the occasional stress or flu or overindulgence type – see a doctor. Especially if you are in your 40s or older.