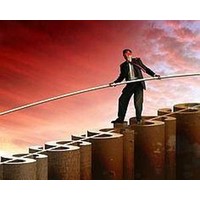 Imagine the following hypothetical. An Iranian company secretly supplies poison gas to the current Syrian regime in order to kill tens of thousands of Kurdish citizens. And imagine that some of the victims of the resulting gas attacks escape and seek asylum in the United States.

Imagine also that the Iranian company in question does business in the United States. Should the victims be able to sue the company in the US?

This was the scenario put by plaintiff counsel to the US Supreme Court last week during arguments in Kiobel v Royal Dutch Petroleum, a case that will decide the future shape of transnational human rights litigation in the US.

Esther Kiobel and her co-plaintiffs allege that the British/Dutch corporation, Shell, assisted the Nigerian military dictatorship in the 1990s to commit gross human rights violations against local environmental activists, including torture, extrajudicial executions and crimes against humanity. Victims have since been granted asylum in the US, where Shell also does business.

The case has attracted over 90 amicus briefs, including from foreign governments, economists, historians, lawyers and corporates, all of whom claim an interest in the issues at stake.

The case addresses the limits of the Alien Torts Statute (ATS) – a 1789 US law that in recent decades was dusted off by plaintiff lawyers as a tool to litigate human rights violations committed both within and without the US.

The ATS enables non-US citizens to sue in the US for violations of the “laws of nations”. At the time it was enacted, this referred to acts of piracy and attacks on diplomats. But today it encompasses a wider range of gross human rights abuses such as torture and genocide.

In an earlier court session, the parties to Kiobel argued whether the ATS applies to corporations. In the wake of the Citizens United case, which had found that corporations were people for the purpose of First Amendment freedom of speech rights, this issue had captured the public imagination.