Corporate purgatory, then forgiveness: The path ahead for APN’s leaders 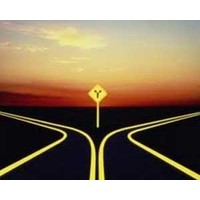 Corporate Australia is very forgiving, thankfully for the future of five members of the leadership team at media company, APN, who resigned en masse last night. But there will be a price to pay.

“It’s extraordinary,” says Martin Nally, a director of hranywhere, commenting on the resignations. “But history is littered with reconstructed CEOs and executives.”

CEO Brett Chenoweth has been in the top job at APN for just over two years, presiding over an unstable leadership team. First, the company lost executive and director, Pierce Cody, who raised concerns about corporate governance, then left in February 2012. Chairman Gavin O’Reilly resigned in April last year, and CFO Peter Myers in September. The share price, which was around $4.80 five years ago, is now 28 cents.

Together, INM and Allan Gray own 51% of APN. The final straw for Chenoweth and his team came in the form of an impasse over a capital raising. Although the plans to raise capital had been discussed for months, the move was blocked yesterday by the big shareholders, triggering the mass resignation.

Dean Paatsch, a director of corporate governance advisory, Ownership Matters, says it was the logical conclusion. “They [the executive and board] are just the hired help. So if you lose the support of 51% of your shareholders, you have no choice,” he says.

Will the corporate chaos and ultimatum be career-limiting? “Australians are great at giving people a second chance,” says Nally. “People are forgiving over time. Just look at Mark McInnes.”

McInnes, the former CEO of department store, David Jones, became embroiled in a sexual harassment claim – settled out of court – in 2010. By April 4, 2011 he’d scored the top job at retailer Just Jeans. Nally says: “Mr McInnes went to corporate purgatory and Mr Lew [chair of Just Jeans] thought he might have allegedly done things, but they are not related to the operation of a business and he’d be perfect for this role.”

Here’s how the reinvention process goes:

Chenoweth (and the other directors) will all need to take time out. Recruiter, Brendon Booth says: “The best thing is to spend time on the beach. It is almost mandatory. There needs to be time for the dust to settle.”

Career consultant Kelly Magowan says Chenoweth will lose friends and colleagues. “It will be a hard road,” she says. “He will find a lot of people turn on him. Some will stay, but others will say I am not sure I want to be associated with him anymore.”

The former APN leaders can use the time out to consolidate their own story regarding their departure. They will find some sympathise with their position. Already, columnists have pointed out that the two shareholders involved have brought their own problems to the mix.

Booth says: “When you have mass resignation at the board level, that is something they would have done strategically to protect themselves. It will have reputational damage, and they will be known as “those people”, but everyone will look at the reasons behind the decision.”

Nally says it is crucial not to disparage their former employers. “They have to have a clear picture in their mind and stick to it, so they can say, well, my take on the events at APN is … If they are comfortable, and have credible reasons, people are forgiving.”

Turn it into a plus

A CEO or director who can articulate what they learned from facing problems is a marketing commodity, says Nally. “If you are a fast-moving consumer goods company and you meet an executive who was in Kraft Foods through the salmonella recall and who came out OK, you’d say let’s bring that expertise into our business, just in case it ever happens to us. People are not going to pre-judge, as long as you have learned something.”

Booth says the whole team remains eminently hireable. “They went out on their own terms,” he says.

Adversity can turn into a plus, Magowan says. “Even in the face of adversity, you can always take something positive from that and also leverage it into the next position.

Most CEOs and directors want to return to business at the same level, although Magowan points out that some might use the moment to reinvent their career.

Once the dust has settled, it is time to reconnect networks, Booth says. “Talk the headhunters, who will do exactly what I say recruiters should not do [see Booth’s column today] and follow a scientific process, so if the candidate it right, they will disassociate from the emotional side of what has occurred, and look at whether the skills and abilities are suitable.”

The former directors face no time limit in returning to the market, in Booth’s view. He says he has seen executives take as long as two years to sort through the opportunities until they find the right one.

Magowan is somewhat less sanguine about the current market, saying that the tighter the market for CEO roles – which it is at present – the more conservative the corporate hiring practices. “No-one wants to take on someone who is risky,” she says. “They say they want leadership, innovation and change, but do everything to block out hiring talented people. We don’t make it easy for people.”

Magowan says Chenoweth deserves another chance: “To fail you have to take a risk and try to do something different and you can’t advance until you try. But people don’t try because generally speaking, we don’t reward failure.”

Chenoweth needs to take on another transformative leadership role too; he can’t opt for something less risky, Booth says. “CEOs like this only have one mode: they are in there to be transformational or a maintainer.”