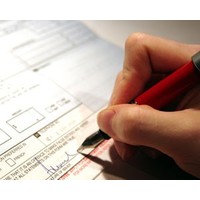 Applying for a job is stressful enough but if you have a criminal record, even if it’s not relevant to the job you’re applying for, it can be a nightmare.

Checking criminal records is on the increase and Australian employers regularly discriminate on the grounds that a person has an irrelevant criminal record and.

The number of criminal record checks undertaken in Victoria has risen by almost 6000% since 1993 and it is concerning that the few laws that prohibit discrimination on the basis of irrelevant criminal records lack real teeth.

The case of Mr CG

A recent decision by the Australian Human Rights Commission demonstrated the need for stronger laws to protect people who are trying to move on with their lives.

When he applied for a position as a market analyst with Railcorp in 2009 he was told he was not offered the position on the basis of his criminal record despite the fact Mr CG had worked at Railcorp for eight years, met all the selection criteria and was the selection panel’s preferred candidate.

The commission found that his criminal record was irrelevant and that RailCorp had discriminated against him. It also recommended that RailCorp pay $7500 in compensation. So far RailCorp has refused to pay.

People with convictions should be considered on their merits, assessed on skills, knowledge, experience, reliability and any other relevant factors.

Direct discrimination against individuals with criminal records is based on stereotypes about what a criminal record means for a person’s financial capacity or trustworthiness.

UK research suggests that employers who routinely ask for information on previous convictions tend to use it in a blanket discriminatory way rather than to inform their assessment and to evaluate any risk an applicant may present in the workplace.

In some circumstances a criminal record will be relevant to a job application but only where the nature of the offence indicates a real likelihood of re-offending or where it directly relates to the job being applied for.

Hugh de Kretser, executive officer of the Federation of Community Legal Centres in Victoria, said in an opinion piece in The Age: “It is perfectly legitimate for a child care centre to ensure that no staff have relevant sex offences. But it is unreasonable for a real estate agency to refuse to hire a receptionist because she was fined $50 for using cannabis nine years ago.”

Discrimination can systematically exclude people from accessing employment. It has been noted that the “use of information about an older minor criminal conviction, which in itself is not a reliable indicator of future behaviour, can seriously disadvantage people in getting on with their lives.”

Discrimination can have extremely negative consequences, including hindering access to employment and accommodation as well as increasing the likelihood of recidivism. It can also exacerbate social exclusion and stigmatisation, and can lead to mental or psychological harm.

Allowing discrimination on the basis of irrelevant criminal records often unfairly punishes former offenders who have already repaid their debt to society.

Where the law stands

Where a person considers that they have been discriminated against they can complain to the Australian Human Rights Commission which may investigate and conciliate.

If conciliation is unsuccessful the commission can report the breach to the Commonwealth Attorney General who can table a report in federal parliament but there is no power to award compensation and no enforcement power to remedy a breach, as evidenced by Mr CG’s case.

All states and territories except Victoria have spent convictions schemes where convictions are permanently removed from a person’s criminal record after a qualifying period.

Spent convictions do not appear on a criminal record check but that provision only applies after a significant period of time (up to 10 years) has elapsed.

Because Victoria does not have a spent conviction scheme the release of criminal history information is governed by the Victoria Police Information Release Policy which provides information on the basis of findings of guilt rather than convictions.

The effect is that discrimination is more likely to occur because employers will have access to information where an individual pleaded guilty but no conviction was recorded.

Adequate and effective protection from discrimination would enable people with criminal records to access employment on an equal footing with the rest of the community.

Including irrelevant criminal records as an attribute in equal opportunity laws would have concrete benefits for affected individuals.

In particular it would establish a norm of non-discrimination against people with an irrelevant criminal record as well as giving people an avenue to complain and to seek redress.

It would also help to create public awareness of the issue and to impose an obligation on governments to respect the right to non-discrimination on the basis of an irrelevant criminal record.

It is right and just that people who commit crimes should be punished but that punishment should not prevent them from rehabilitating in society.

This story was first published at The Conversation.