How not to react in a crisis: A case study 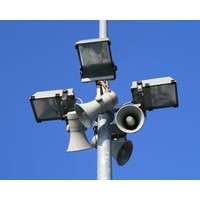 It has been devastating to pick up the papers recently and see the announcement of yet more job losses.

Whenever I read of job cuts I am reminded of an experience I had while working for an e-commerce company in Southbank during the days of the dotcom boom and bust. One morning we arrived at work and someone was passing around the daily newspaper that announced 75 jobs were to be axed in our company.  It didn’t help that from 8.30am the entire leadership team and the CEO sat locked up in the board room.  No one did a smidgen of work that day – not even a pretence of a smidgen.

All day we were drinking cups of coffee, stressing, searching the internet to find more news and some people were polishing up their resumes and contacting recruiters. At the end of the day,  about 5pm, the leadership team came out of the boardroom with a few announcements (strategy I think – can’t even remember).

Someone blurted out “What about this?” and pointed to the paper. The CEO waved his hand and said, much to everyone’s shock: “That’s rubbish – surely you would all know that.”

No, no one guessed that it wasn’t true. It was in the papers and most people believe what they see in print. If only the leaders had taken five minutes at the start of the day to reassure us, what a different experience we might have all had. You could almost hear all credibility for the CEO and his leadership team crumbling.

I also had the exact opposite happen in one of my next jobs in a leading organisation in the city. It felt like just like another day at work when suddenly we were all called in for an emergency meeting.

The entire board was there including the chairman, who presented some shocking news. He said  a string of people who worked in the building had been diagnosed with cancer and the building was suspected of being a ‘cancer cluster’.

Detailed information was provided on what this meant, what next steps the organisation would take and what people who needed support, advice or counselling would have available to them. There was an extensive Q&A session after, and the details of the next meeting made available.

The leadership team was both calm and caring. That very evening it was big news on TV and we all felt a sense of relief that we had been informed first. It would have been agonising seeing it on TV first and wondering what it meant for us and our colleagues.

We were all sick with anxiety. Imagine living with the worry that something at your workplace could be causing cancer. The very next day (not a week later, or a few weeks later) extensive testing of the building started. During the entire period of the testing there were constant town hall meetings, staff meetings, emails and reassurances from all the senior leaders, daily and sometimes more frequently.

You might be thinking that given the seriousness of what was happening every leadership team would get their communication right. Sadly this is not the case.

In a strange twist, the incident happened about the time that the ABC studios in Brisbane were in the news for the same reason – suspicion of a cancer cluster. The media coverage suggested that the leadership/management team was not as transparent with its communication and was pitted in a quite an adversarial way against the staff.

The reports from our building testing came back and our office building was declared to be all clear.

It was a testimony to everyone’s belief in the leadership team, to their honesty and our trust in them, that we moved back into the building and resumed work as normal.

The one thing that stood out for all of us, right through the crisis, was that the leaders cared. They cared about all of us, and about our colleagues who were sick, and did their best to share every piece of information they had through constant communication.

No one is perfect, and sometimes they did not have all the answers. But they promised to come back to us when they did – and they followed through.