Lessons in leadership from the Fukushima nuclear disaster 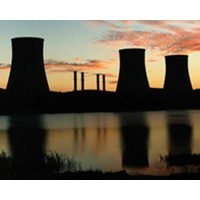 Three widely cited investigations of the Fukushima disaster – one by the Japanese government, one by an independent team of experts in Japan and a third by The Carnegie Endowment for International Peace – have now concluded that the nuclear disaster of March 2011 was not, as it first seemed, the inevitable result of events no one could have predicted.

“It was a profoundly manmade disaster that could and should have been foreseen and prevented,” said Kiyoshi Kurokawa, chairman of the Fukushima Nuclear Accident Independent Investigation Commission, established by the National Diet of Japan.

In an effort to understand what went wrong and what lessons in leadership the tragedy can offer, leaders directly and indirectly involved in the disaster spoke candidly at the Tokyo panel on Fukushima sponsored by Wharton’s Initiative for Global Environmental Leadership (IGEL). Based on their presentations in Tokyo and the analyses of others in Japan and elsewhere, three areas emerge as essential to leadership in a crisis: preparation for emergencies, leadership style and communications.

Lesson 1: To prepare for the worst, leaders have to face up to what might actually occur

Erwann Michel-Kerjan, managing director of the risk management and decision processes centre at Wharton, says that Japan spent the years following the 1995 Kobe earthquake, the nation’s last great crisis, diligently preparing for future disasters. Since many people died in train wrecks during the Kobe quake, the Japanese government re-engineered its entire railway system. As a result, just moments after the earthquake in 2011, and well before the tsunami hit, Japan’s high-speed bullet trains were successfully shut down, saving countless lives (no one died on trains on March 11, says Michel-Kerjan).

But just as generals are sometimes faulted for “fighting the last war”, Japan’s mistake was preparing for a disaster like Kobe, which was far less severe and complex than Fukushima. The March 11 earthquake was significantly more intense (9.0 versus 7.2 on the logarithmic Richter Scale) and it not only badly damaged the Fukushima Daiichi nuclear plant but also crippled the area’s power grid, cutting off the nuclear facility’s access to any off-site electricity.

Back-up generators kicked in when the power grid went down, but they were obliterated when the tsunami hit. This loss of virtually all power meant that the nuclear fuel inside damaged reactors went without essential cooling. In reactor one, the exposed fuel soon reached 2800°C. Desperate workers tried to cool the fuel with water from fire trucks and relieve building pressure inside the reactors by venting gases and steam. The venting, subsequent explosions and leaks led to the release of radioactive material into both the atmosphere and the ground water.

This series of events — the destruction of the Fukushima Daiichi plant by a massive earthquake and tsunami — was entirely predictable. In Why Power Companies Build Nuclear Reactors on Fault Lines: The Case of Japan, J. Mark Ramseyer, a visiting professor of Japanese legal studies at Harvard, notes that earthquakes of comparable magnitude have struck the northeast coast of Japan, on average, every 100 years, each one generating a devastating tsunami. In fact, the previous tsunami in 1933 was almost precisely as high as the one that struck Japan on March 11.

Robert Meyer, co-director of the risk management and decision processes centre, points out that this pattern has been well known since ancient times. A monument from the first century still sits on a hill, high above the area destroyed by the 2011 tsunami, he says. Its inscription reads, ‘Beware the great tsunami; do not build below this level.’

Despite these historical warnings, “nobody was remotely prepared”, says Akihisa Shiozaki, an attorney who was instrumental in putting together the first independent, non-governmental investigation of the Fukushima nuclear disaster. Not only were leaders unprepared for a tsunami following a major earthquake, they also failed to anticipate both the damage inflicted on the nuclear plant and the total loss of power to the cooling systems of the plant.

The failure to adequately prepare was widespread. The leaders of Tokyo Electric Power Company (TEPCO) built the reactors on a known fault line and then colluded with government regulators to avoid preparing for the inevitable. And the office of then-Prime Minister Naoto Kan (the Kantei) was totally unprepared to manage the crisis that resulted. As the report commissioned by the National Diet of Japan concluded: “The government, the regulators, TEPCO management, and the Kantei lacked the preparation and the mindset to efficiently operate an emergency response to an accident of this scope. None, therefore, were effective in preventing or limiting the consequential damage.”

Several reasons have been offered to explain why so many in leadership positions ignored the warnings of history. All are valid and offer valuable lessons to leaders in future crises.

Shiozaki looks to history itself to explain the reluctance of those in power to consider worst-case scenarios. After World War II and the destruction of Nagasaki and Hiroshima by nuclear weapons, the Japanese population vehemently opposed all use of nuclear power in their country. So the government undertook a campaign to persuade people of “the absolute safeness” of nuclear power, says Shiozaki. “Absolute safeness meaning that there was no risk that something could go wrong, no risk that a meltdown could happen. Well, that myth of absolute safeness developed over the years into a culture where it almost became a taboo to even talk about this. Discussing a worst-case scenario was feared because it might bring panic to the citizens. And therefore it was omitted from the regulatory discussions.”

Eric Feldman, a law professor at the University of Pennsylvania, emphasises the political and economic forces behind this reluctance to confront worst-case scenarios. “There was, of course, a good deal of local opposition [to nuclear power] despite the government’s downplaying of the risks, which is why it took so long for the first plants to be built,” he notes. With significant political and economic forces backing nuclear power, “talking about worst-case scenarios was avoided not simply because it would scare people, but because such fear would mean that local communities would oppose the building of reactors, and without local support the reactors would not be built.”