Crowded at the top: Planning your succession when you ain’t going anywhere 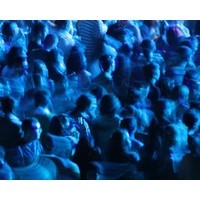 Marius Kloppers is approaching his sixth year atop BHP Billiton. He’s had, overall, a good run. Investors aren’t calling for him to leave, however, they are pushing for a clear succession strategy for the world’s biggest miner.

“BHP may well have a succession plan but it’s just not evident to investors,” John Robinson, the chairman of Global Mining Investments, told The Australian Financial Review. “Nobody comes to mind.”

What BHP’s investors fear is a turn of events like that at property developer Stockland, whose long-standing managing director, Matthew Quinn, announced his resignation yesterday. He’s not due to leave his position for six months, in order to give the board time to find a replacement. This isn’t ideal, as it leaves the company implementing a strategy that may be overhauled by the incoming chief executive.

Succession planning is, like many things in business, easier said than done. Getting it right requires a tricky balancing of egos, motivations and ambitions. It’s a subject that stumps big corporates as often as it wreaks havoc in smaller businesses.

It can be hardest to do when those in leadership positions have no intention of resigning within the foreseeable future, the experts say.

It takes a deft hand to keep top talent to wait in the wings, explains career strategist Kelly Magowan. Top performers get bored. “You have to keep challenging them to keep them engaged, and if you can’t give them that in the interim, it’s very hard to retain these people.”

Dr Tom McKaskill, a former professor of entrepreneurship at Swinburne University and an expert on succession planning, says the trick to managing such people is being aware of and discussing their expectations. “If you set the right expectations, and everyone is comfortable with them, you don’t have a problem.”

He says that while a crowded upper management can pose problems for companies, it’s possible to work around it. “Leaders need to have an honest conversation and be willing to accept changing roles. People are sometimes very happy to be a general manager, to move to the board, to take time off, or to develop another business. Or they may be happy with a stake in the company – so they’re sharing part of the outcome.”

McGowan says that part of the problem is that even when companies have succession plans in place, they don’t always communicate them well. “You assume it’s a given, but it doesn’t always happen… “Obviously the more formal and communicated your succession plan is, the greater your chances of retaining your future leaders.”

Despite the best planning, succession is often a political process.

“That’s why it’s a challenge, and why it’s often informal,” says Magowan. “It’s a very self-aware person who’s happy to think about their own succession… but the best leaders are those who want people to take on their reins; who enjoy watching people develop.”

In larger companies, succession planning is predominantly done at the board level. “If the CEO isn’t performing, they may choose not to communicate that to the incumbent,” she says. “They have to be careful and discrete in identifying people… there are often politics around it.”

“You risk people going elsewhere… if the current CEO gets wind of it, he or she may leave the company sooner than they otherwise would.”

A need for discretion can lead boards to use headhunting firms and the like to quietly track down suitable candidates. But this can leave businesses in a lurch should they suddenly lose their leadership.

What motivates the ambitious?

When people are doing well in a certain role, there’s always a temptation to leave them there, Magowan says. But this makes them more, not less, likely to leave the company.

Businesses need to think clearly about how long they can reasonably expect someone to wait, and also about how they can make sure their top performer is staying engaged in that time.

Magowan says top performers can be engaged with projects, by being given bits of a leadership role over time, and through educational opportunities.

Prospective leaders can be sent off to develop themselves and gain experience, McKaskill says.

“In family businesses, young people are often forced out of the business and sent to similar firms overseas. You might say, ‘I want you to take this job, but I want you to do an MBA, when you come back I’ll have a new position for you’.”

Business expansion can provide new leadership roles, he adds. When McKaskill expanded his businesses to the United States and the United Kingdom, he was able to retain some of his best talent by offering them chances to be general managers of the overseas businesses.

“Of course, not all people are motivated just by promotion. That’s not the be-all and end-all. If they’re getting the market price for their skills, if they’re gaining experience, many don’t care if they’re still doing a specific job.

“Some people would rather time off, or flexible hours, bonuses or trips. Some people like 8-week European holidays every year. You want to be very careful about what motivates the individual, and helping them achieve what they want at that point in their life.”

Companies should be prepared for their top talent looking to other companies for promotion and new opportunities from time to time, but this isn’t always a bad thing, McKaskill says. Just because somebody leaves doesn’t mean you’ve lost them forever.

“Even if they do leave… provided you’ve set up the right organisation structure, one where people can move in and out, you can get very good people.”

“You can attract them on the understanding that you will help them on their career path. There are organisations that have an up-and-out policy:  they recruit the best people because they’re offering them the best place to get training.”

McKaskill gives the example of IBM, which would have the ear of all ambitious salespeople because it will train them up. “They knew they wouldn’t keep you, but you’d set up your career, and they’d gain you in the meantime.

“I’d rather have a great person for four years than an average person for eight.”