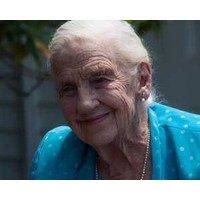 The death of Dame Elisabeth Murdoch should spur Australia’s wealthy to examine whether they are being stingy with their millions, some of Australia’s most prominent philanthropists argue.
Dame Elisabeth?—?who supported more than 100 charities?—?died in her sleep overnight at her farm on the outskirts of Melbourne. She was 103.
Former Microsoft executive Daniel Petre, who hands out millions each year through his Petre Foundation, said: “She’s one of the greatest philanthropists we’ve ever seen?—?not just in terms of money, but also the time she gave and her dedication to so many causes. She was always looking to give back. At no stage in her life did she say, ‘I’ve done enough’, even though she could have said that decades ago.”
Petre is urging the Packers, Lowys, Rineharts and the other members of Dame Elisabeth’s family to follow her example. While our best-known billionaires can all point to examples of generosity, he says they compare poorly to counterparts such as Warren Buffett and Bill Gates in America.
“A billionaire will give a million dollars to charity and people will applaud them?—?then you realise it’s less than they spend on jet fuel or handbags,” Petre told Crikey. “They give the minimum amount to get away with it.”
Petre says he was shocked to discover during his time on the Sydney Children’s Hospitals Network board that the average household in western Sydney donated a higher proportion of their net worth than the uber-wealthy.
The argument that Australia’s wealthy prefer to give their money away discreetly, he says, is a “really good cover for people who don’t give much”.
“If you’re giving the amount you should be you can’t keep it a secret,” he said. ”If the Australian population saw the wealthy being generous philanthropists they would be more sympathetic and not want to cut them down.”
According to Philanthropy Australia CEO Louise Walsh, over 30% of Australians who earn over $1 million a year don’t claim a charitable tax deduction. As well as giving more, Walsh wants the wealthy to follow Dame Elisabeth’s example of “engaged philanthropy”.
“It wasn’t just chequebook philanthropy,” Walsh said. “She was never afraid to talk about her giving and that’s a good thing. We really encourage philanthropists to be more public about their giving. It sets an example for others and can inspire others to give.”
Entrepreneur Dick Smith, who says he gives away $1 million a year to charity, says Dame Elisabeth “set an incredible example for the wealthy and people of influence and I hope there’s someone to replace her. I hope she’s not the last of an era. That would be sad. I admire her tremendously. She realised that giving was an obligation. She did it publicly; she didn’t do it secretly.”
According to Smith, wealthy Australians give less than 1% of their annual income to charity compared to 15% in America.
“I’m very disappointed that not one of our salaried CEOs is known as a philanthropist?—?the big bank executives and the heads of the major banks … I’m amazed they get away with it.”
Like Petre, Smith doesn’t buy the claim Australia’s mega-rich give substantial sums away secretly: “I’ve asked all the big charities if they receive substantial anonymous amounts and they say, besides bequests, they don’t really get anything.”
Smith last year wrote to Rupert Murdoch encouraging him to help set up a $1 billion philanthropic foundation named after his mother. The offer was declined.
“He’ll never be able to spend all his money,” Smith said. “He’s the most successful Australian businessman ever. It would be wonderful if he could devote the last few years of his life to charity and become one of  Australia’s great philanthropists. I haven’t given up on that. There’s still hope.”

This story was first published on our sister site, Crikey.