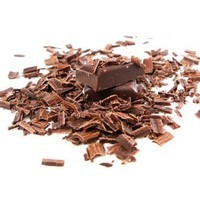 For family businesses, it’s a bad day. One of our biggest family-owned businesses, sweets company Darrell Lea, which had revenue last year of $98 million, went into voluntary administration yesterday, putting close to 700 jobs at risk.

The same day, management of family businesses was slammed as “inferior” by the head of Treasury’s macro-economic forecasting unit, David Gruen, according to reports in the Australian Financial Review.

Gruen blamed managers for the nation’s low productivity, and singled out family-run businesses, manufacturers and small businesses in particular. “Family-run businesses tend to exhibit inferior management performance,” he said at the Australian Conference of Economists in Melbourne yesterday.

The CEO of Family Business Australia, Philippa Taylor, says that overseas research has found family owned companies get a 30% higher return on investment, a finding that casts doubt on Gruen’s accusation.

However, Taylor acknowledges that too few of the 460,000 family businesses live up to best practice in family business management, as evidenced by the fact that the FBA’s Family Business of the Year awards were canned last year due to lack of interest.

So what is best practice when it comes to managing family businesses?

Ironically, Darrell Lea was living up to some of the key ones, such as having independent management.

Jason Lea, who was chairman of FBA between 2001 and 2004, stepped down from leading Darrell Lea in 2004, two years after dismissing his own son and his brother for, in his view as CEO, not doing their jobs properly. This led to a bitter family schism that was unresolved when Lea died of leukaemia in 2005, and was the subject of an ABC documentary, Dynasties, shortly after his death.

“What is forgotten is that Jason Lea also sacked himself,” says Taylor. “He started looking at external management because he understood he was not someone who could run the multimillion-dollar company it had become. He was a master of retailing, choosing sites, setting up the store, its layout and staff.”

The schism in the Darrell Lea family over Jason Lea’s management decisions illustrate just one of the additional dangers of family management: emotions raised by business decisions causing family problems.

The issue of family members feeling entitled to jobs and to senior management roles is a major concern (although LeadingCompany is not suggest this was the issue at Darrell Lea).

Purists – such such as Norman Smorgon, the patriarch of the Smorgon family business dynasty that was in steel making until 1994 – suggest that no family member should get a job in the family company until they have achieved promotion outside it. “If they have gone outside the company and succeeded, they gain more respect when they come into the family business,” Taylor reasons.