David Coe: Live life the way you want to be remembered 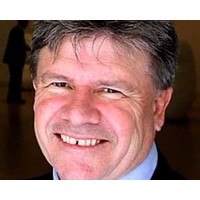 Sydney businessman, David Coe, has died suddenly of a heart attack while on a skiing holiday in Aspen. The news has shocked the business community, in part because Coe was only 58 and apparently fit.

Accolades are pouring in from the business and arts communities and from those whose organisations benefitted from Coe’s philanthropy.

Coe’s legacy is of a life lived with passion, integrity and generosity, despite the significant blot on his record of Allco’s collapse in 2008 owing creditors more than $1 billion. Shareholders lost many more billions.

Coe’s finance company, Allco, was not an overnight success, although his failure came quite swiftly. His involvement with Allco started in 1986 after he left the law firm, Mallesons Stephen Jaques.

For 20 years, Coe put together clever investments in the infrastructure and aviation sectors, and created big returns. Allco listed in 2006 with Coe in the position of chairman and managing director.

In February, 2008, Allco admitted it had made a $1.9 billion error in its June 2007 accounts and restated them. By November the same year, Allco collapsed under $1.1 billion of debt.

Many commentators were generous about the reasons for the collapse, but in a report for The Monthly, journalist Paul Barry pointed out that Coe pocketed tens of millions in fees in the lead-up to the end, and quotes an insider, telling Barry: “Coe and the other principals have themselves to blame for the group’s incredible complexity and the huge debt levels they built up … They were brilliant deal-makers who had been great at fixing things and finding a way around problems for 25 years, so they reckoned there was nothing they couldn’t handle. They just thought they were too smart to fail.”

That said, Coe was generous with the money he made, and earned the respect of business leaders and the arts community.

While his company was flying high, Coe amassed a big personal art collection (and a collection of boats).  He was a prominent supporter of the Museum of Contemporary Arts, Sydney, including serving on its board.

Jane Haley, the CEO of the Australian Business Arts Foundation (AbaF), which helps arts groups partner with business and individual donations says individuals donate to art organisations because they have a personal passion.

“When you take someone like David Coe, he had a personal passion for contemporary art,” says Haley. “It was something that thrilled him and added a dimension to his life. Why does someone like Coe take up the cudgel for the arts; what made him and [investment banker] Simon Mordant decide they were going to put in their money, and lend their name, position, profile, energy and enthusiasm to the Museum of Contemporary Art?