Dear Tony: Block Chinese investment at your own risk 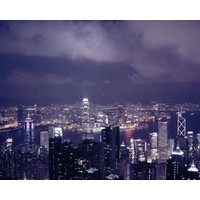 Opposition leader Tony Abbott made headlines recently when during a visit to China, he declared that “it would rarely be in Australia’s national interest to allow a foreign government or its agencies to control an Australian business”.

In other words: foreign direct investment by such entities would not be welcome.

Last week, the Coalition also released a discussion paper on foreign investment in the agricultural sector with a view to forming a policy platform to take to the next election. This document also took aim at foreign investment that comes with government connections attached.

Given the likelihood of the Coalition winning the next federal election, and the fact that the ultimate decision regarding whether a proposed foreign investment passes the “national interest” test resides with the Treasurer, these were significant statements of policy intent.

If whether or not proposed foreign investment comes with government connections determines if it is in our national interest, then the overwhelmingly majority of Chinese investment will fail that test. There is no getting around this.

It is not only the investment proposals by China’s sovereign wealth fund or the one hundred odd, large state-owned enterprises controlled by the central government’s State-owned Assets Supervision and Administration Commission (SASAC) that would be affected.

For example, when China began its transition to a market economy three decades ago, the most dynamic group of firms to emerge were the Township and Village Enterprises (TVEs). In most cases, local governments were instrumental in their formation and they remain a continuing presence today. In fact, local government involvement was essential because this connection allowed these firms to access the formal financial system and to negotiate their way through a mixed economy.

Now to backtrack a bit.

By almost any measure, the standard of living in Australia is one of the highest in the world. Using the default measure, GDP per capita, International Monetary Fund data currently sees Australia ranking 6th (when GDP is expressed in terms of $US).

Economic theory posits that for a given population growth rate, the level of GDP per capita in the long run is essentially a function of the savings rate. The intuition here is straightforward. Investment (additions to the capital stock) does not come out of thin air. It must be funded from savings. Therefore, a higher rate of savings implies a higher level of capital per worker, and in turn, output per worker.

The so-called New Growth Theory further argues that the rate of savings is important not only for the level of GDP per capita, but also for the long-run growth rate. This is because advances in technology, which drive the growth rate, arise from – and indeed require – investment in capital. Cutting-edge research demands more than a pencil and paper. Investment also sometimes results in powerful “external economies”, such as when one firm makes a technological breakthrough and other firms then quickly follow.