Designs on going global: how 99designs is solving the problems of expansion 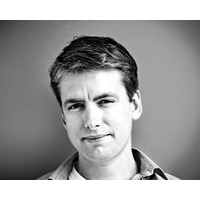 Patrick Llewellyn speaks with boundless energy while on a pit stop to the Melbourne office of 99designs, before jetting back to San Francisco to power the next wave of expansion of the burgeoning online design business.

Following some savvy acquisitions including Berlin-based 12designer in 2012, and Rio de Janeiro-based LogoChef in August 2013, the business now has local language sites in both Germany and Brazil, in addition to its original Australian and US-based operations.

It has also ventured into Spain, France, Italy, Mexico, Argentina, Canada, Columbia, Chile and The Netherlands with localised sites, and has its eyes set on launching in Japan and other Asian countries in 2014. This is no idle talk, as 99designs recently hired its first Japanese-speaking marketing coordinator to facilitate the expansion.

“Our 10-year vision is to be a rich vertical platform. We want to continue to solve design problems as they arise, as the market is always moving. We want to be responsive to web design as things move, building the platform that our designers and customers require, being innovative and investing in new products.”

It may sound a bold plan, but Llewellyn, the company’s chief executive, has the passion to make it happen. Australian-born, Llewellyn moved to the US in 2010 to evolve the business. He says the move was vital as the company’s largest consumer base is in the US, investors are more readily available there, and the location offers easier access to new markets in Europe.

“We grew a customer support team there and got to know our customers there and began to realise how important localisation was,” he says.

“We put a US phone number on our site and offered real-time help, and live chat. All the things that were hard for us to do from Australia due to the time zone.”

Everything seems to be on track for growth, with 99designs tipping 100 employees this year, spread across Melbourne, San Francisco, Berlin, Paris, London and Rio de Janeiro.

Founded in 2008, the site was a pioneer in the online design sector, with Australian Mark Harbottle and Canadian Matt Mickiewicz at the helm.

Venture capitalists readily backed the concept. Accel Partners led the way with $35 million in funding in 2011. It also received a boost from angel investors including Michael Dearing from eBay, Dave Goldberg from Survey Monkey, Stewart Butterfield from Flickr and Anthony Casalena from Squarespace.

The premise of 99designs is that individuals or businesses submit a design brief for a new logo, website, apparel, or merchandise and more, and a pool of designers will “compete” for the job. The client chooses and pays for the best design, and there is potential for the designer to do more work for that business.

Llewellyn says it stemmed from a designer forum, where designers played “Photoshop tennis”. They would “bounce” ideas off each other and offer critique on each other’s work.

Now as a professional service, there are around 254,000 graphic designers registered to the site from 190 countries. It means competition is fierce for each project, which benefits the clients. A new design is uploaded every three seconds with around 28 million completed to date.

“We’ve found the sweet spot in the creation of people’s identity, especially those who are on a budget. When you are at the beginning of a process, the idea of being able to see a range of different creative ideas helps.

“By engaging with the designer and thinking about what it is you [business owners] want from a logo for that first identity, you feel part of it and you have a strong sense of ownership,” he says.

Participating designers appear to be reeling in the cash, with 99designs reporting it has facilitated $62 million in payouts since launching.