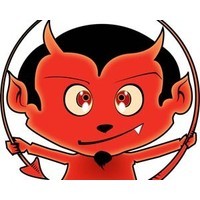 A tongue-in-cheek guide to common business terminology by the man who brings you Slithershanks, the worst manager in the world.

It is a well-known fact that the poor are more likely to live in poverty – a situation that really has to stop. They simply must learn to become rich, like normal people. Here are some words that are pretty rich.

Broker research: The triumph of the expensive over the useful.

Outsourcing: An obsession that knows no limits. Except where managers’ jobs are concerned, of course (managers being absolutely irreplaceable, of course). Outsourcing is perhaps something that Shakespeare should have used. He could, for instance, have outsourced Hamlet, instead of having to put in all the effort writing:

“Oh that this too too sullied flesh would melt … and dissolve into a dew.”

It could have been produced much better by underpaid poets in Asia, who might have written instead:

“The flesh is sullied but the melt is dew. Oh, woe is me!”

Much lower cost, and almost impossible to tell the difference.

Or what if we took this famous line – “We are such stuff as dreams are made on” – and had it manufactured in China. We would get:

“Stuff up we are dreams, made on and on.”

Of almost identical quality and a significant cost saving. The efficiencies are awesome.