Diary of an entrepreneur: How Alicia Beachley grew April5 from a home office to a $2 million brand activation agency 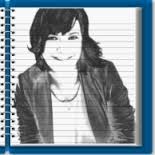 In 1998, Alicia Beachley was working at one of Australia’s largest PR agencies, Hausmann Communications, on high profile accounts including Nokia and Unilever.

Below the line marketing (niche advertising that goes beyond mainstream media) was a new trend in the marketing world and Beachley was working on exciting projects that let her experiment with creative messaging.

At the time, she was also raising two young children. Most would be content to juggle the pressures of motherhood with a demanding job, but she was itching to go it on her own.

So she did, launching her agency from home as she worked part-time.

“I think I needed to do it to back myself and realise the work that I was doing was actually really good work,” she says.

And her work stood up to the test, as several of her Hausmann clients followed Beachley to her agency (she stresses Hausmann were very supportive of her venture).

These days, her marketing agency April5 specialises in creative brand activation campaigns, allowing Beachley to be experimental and creative on her own terms.

The $2 million company has grown rapidly as Beachley picked up clients including Sony, P&O, Wattyl, Rams Home Loans and Nokia/Microsoft.

She sits down with SmartCompany to talk about family, being called ‘Boss Lady’ and supporting other women in the business world.

Beachley is up at 6.30am, making herself some poached eggs and enjoying a moment to herself before her sons are out of bed and hungry for breakfast at 7am.

Family is the most important thing to Beachley, confessing it was an indulgent choice for her to headquarter her agency in Manly, close to where she lives.

Beachley says even the name of the agency, April5, is a reference to an important date in her family – a constant reminder of her priorities.

Beachley says her day consists of about 60% strategy work, 30% management of staff and 10% ‘other’, which could include a range of activities, such as preparing for an upcoming event.

The April5 headquarters are located in a converted apartment and Beachley calls it an incredibly homely space to work.

She has a nickname around the office, but it’s something she’s proud of – a sign of respect.

“They call me ‘Boss Lady’,” she laughs. “It’s an informal term of endearment.”

Beachley says April5’s culture is all about being fun, honest and collaborative.

Collaboration is hugely important to Beachley. She believes an entrepreneur should not be afraid to admit they’re not an expert in every field and should reach out to collaborate with people they trust in order to grow their business.

Once every four or five weeks, she meets with other female business leaders to talk through challenges and innovation.

“We’re just like-minded women who support each other,” she says.

When Beachley’s out of the office, you’ll find her with her family – whether it’s watching her son play rugby every Saturday, or looking after her baby niece every Friday.

Her three dogs are also like family to her and taking them for a walk will often feature in Beachley’s down time.

She also makes time to offer pro bono marketing activities to charities such as the Special Olympics and First Seeds Fund, a philanthropic fund dedicated to supporting the needs of women and children through education and employment.

Because April5 has been developing rapidly, Beachley’s focus is on maintaining that growth and the culture of her team as the business grows.

“We’re very client-centric as well,” she says, pointing at her goal of continuing to build her impressive client list.

But as the business grows, Beachley has been able to step back and take in what she’s achieved.

“I even had my first holiday in five years,” she laughs.