Diary of an entrepreneur: How Cosmetic Institute founder David Segal is giving the plastic surgery industry a new face 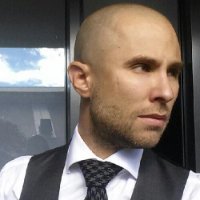 David Segal says he copped a lot of flak from the cosmetic surgery industry when he founded the Cosmetic Institute in 2012, undercutting the long-established pricing structures of the Australian market.

“We have received a lot of criticism, threats and so on from various competitors,” says Segal.

“People have had a stranglehold on an industry that’s been making them lots of money for a long time.”

Segal had been working as a general manger for a Sydney surgeon since 2006 and had noticed a growing trend towards “cosmetic tourism” – Australians heading overseas to countries like Thailand and Vietnam for plastic surgery.

But he believed Australia could compete against the potentially “risky” overseas industry if it lowered its prices. Building a business model with surgeon and business partner Dr Eddy Dona, the Cosmetic Institute nipped and tucked the extra treatment costs – such as hospital fees – by establishing its own in-house surgery facility.

“We wanted to show the medical industry was no different to anyone else. Whether you’re selling T-shirts or boobs or whatever the case may be, it’s about value and service.”

Segal, a self-proclaimed “university dropout” who “barely passed” his HSC, says he was drawn into the life of an entrepreneur because he resisted taking direction from others.

“I struggled with that concept, I felt I needed to steer my own ship,” he says.

Chatting to SmartCompany, Segal tells us how important a healthy lifestyle is to steering that ship, why the Cosmetic Institute will have eventually have a presence in every Australian state and when he would consider going under the knife himself.

Segal is up at 6.30am to take his dog to the park. A special needs rescue dog, taking her for some exercise is an important part of the daily routine.

He’ll swing past a coffee shop to grab a almond milk latte and then head home for a nourishing bowl of ‘no-oats’ oatmeal (nuts, seeds, banana and spices).

“I have to eat healthy. I stay away from dairy or too much gluten,” says Segal, who also hits the gym and attends three yoga classes throughout the week.

“I’ve always been relatively healthy, but I think as work has started to become more full-on and demanding on my brain and my body, I have had to become more strict about how I treat my body.”

After breakfast, Segal gets through his morning round of emails.

“I’m trying to get better with my emails because I think they tend to take over your life if you don’t have an approach to it, so I work in batches – the morning, the day and the night,” he says. “It’s more effective.”

Segal doesn’t race to the office, content to avoid peak hour traffic if he can.

“If I have the luxury to choose what time I go to work, I’m happy not to contribute to Sydney’s growing traffic problem,” he says.

For Segal, “no two days are the same” and his daily life may consist of a variety of strategic activities, recruiting or liaising with management.

“Operationally, my business runs without me” he says. “So I can focus on strategy.”

The company’s staff are its most valuable assets, according to Segal, who says the Cosmetic Institute pays all members of staff above what they would receive elsewhere to “minimise staff turnover”. He says good staff are also vital to maintaining the business’ reputation.

“The business has been built on quality, so my surgeons are no more important to me than the admin staff. Everyone is just as valuable and plays an important role on the patient’s journey.”

On any day of the week, Segal could be in the business’ Bondi or Parramatta surgeries, and say he will soon find himself flying up to Queensland as the Cosmetic Institute prepares to open up its first location in another state.

“We get so many patients from interstate, I really want to get a presence everywhere,” says Segal. Because many patients travel for surgery, having a Cosmetic Institute “in their own backyard” allows the business to provide a higher level of care, according to Segal.

Other than keeping fit, Segal says his biggest hobbies are travelling or tending to his collection of Bonsai trees – of which he currently has more than 100 plants.

“I started the collection seven years ago, as a response to stress. It’s a form of involuntary mediation,” he says.

“It allows me to do something other than business and boobs,” he laughs.

Segal admits a work-life balance is “always challenging, and sometime life will win and sometimes work will win”.

“I am becoming better at choosing to prioritise my personal needs. It makes me better in work too I think, to look at things with a clear head.”

The Cosmetic Institute is exploring expanding the range of cosmetic procedures it offers into other categories, such as weight loss, which Segal sees as a “big category”.

“We will look at other procedures that follow on from what we offer, but if you expand too quickly or outside of your core offering, it can have the opposite effect,” he says.

“But you can’t stand still, you need to keep moving.”

Segal says he sees plastic surgery as a tool that has the potential to positively impact on someone’s confidence and says he would not be averse to going under the knife himself.

“For sure, at some point probably. Right now it’s not right for me but at some stage, sure.”

“It’s like everything else – if it’s done correctly and in moderation and tastefully, I think it can have an amazing effect.”