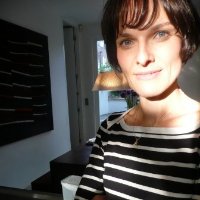 JustGiving founder Anne-Marie Huby says she knew early on that the internet would be a game changer for fundraising.

“It was clear to me and co-founder Zarine [Kharas] that the internet would change everything,” says Huby.

It was 2001 and Huby believed the new digital opportunities arising in various commercial sectors had the same potential in the fundraising and giving space.

“But when you’re desperate and you need something that doesn’t exist, there’s only one thing to do – do it yourselves.”

“As any entrepreneur will tell you, the trick at the very beginning of a business is picking the first minimum viable product. For us, it was the fundraising page.”

She says the site’s fundraising page solved a major pain point for charities – it did the asking for them, removing the awkward task of begging potential donors for cash.

“Our vision was, let’s put this online and give it to everyone – no matter who they are – let’s give everyone who has the urge to do something good the opportunity to do so,” says Huby, who before launching JustGiving co-founded the UK arm of medical aid group Medecins Sans Frontieres/Doctors Without Borders.

Despite such a clear vision, Huby admits launching the venture with a single desk, a telephone and some very modest funding was “terrifying”.

“The early days are terrifying, you put all of your professional capital in to one basket, but you know the stats, a very small percentage of startups actually succeed. But the upside of the night terrors is that you’re determined to make it work.”

And make it work they did, with JustGiving since raising more than $3 billion for thousands of good causes and now driving more than 14 million visits to the platform each month.

Huby sits down with SmartCompany to talk about partnering with Facebook, the reason you won’t see her running a marathon for charity anytime soon and why she’s in the giving game for the long term.

“I would lie if I said I was a morning person,” laughs Huby.

However, on the morning of her chat with SmartCompany, Huby had more than her usual slice of toast before running out the door to work.

“I had breakfast with a number of charities we are working with in Australia… so I was well fed today.”

Hugely passionate about her work, Huby seems to relish the chance to sit down and talk strategy with JustGiving’s partners – of which she counts social media giant Facebook.

Trained as a journalist in Belgium, where she presented a daily current affairs show on national radio, Huby is keenly aware of the power of social media in the giving space.

“The fact that people’s options, attitudes and even behaviours are shaped by their social network, to an extend that was unthinkable even two years ago. It’s profoundly changing the way people make purchasing decisions, consumption decisions and giving decisions.”

Huby is also passionate about working with small businesses, saying she was thrilled to award JustGiving’s inaugural corporate fundraiser of the year award to a small Hong Kong-based real estate business, IP Global.

“That’s a great example of the level playing field [of corporate fundraising]. People always expect large corporates to be in there, but it shows what smaller companies can do.”

Huby says she can’t start the day without looking at the numbers – which includes financials, market data and different qualitative and quantitative research.

Huby says it is important for business owners to learn when and how to hand over certain parts of their business to the talented people they hire.

“Business founders that don’t thrive long term are those who cling on to certain things,” she says.

“A business is like an organism; it’s always growing and changing.”

She says business owners need to foresee where their insights and technological know-how comes to an end and need to broaden their team’s talent accordingly.

“Different stages of a business require different things. There are things I couldn’t even begin to address now. I used to when we were a simpler creature, but we’re now a more evolved creature.”

For Huby, the work-life paradigm is “sometimes balanced and other times not”.

“If you set up a business you need a long-term view. It’s such a cliché but it is marathon, not 100m sprint, so you need to pace yourself and look after yourself… It is such an emotional investment.”

When she does have down time, you’ll find Huby cooking – preferably with a glass of wine in hand – or curled up with a good book or simply spending time with family and friends.

“Unlike so many of my users, I am not an athlete,” she says, pointing out her colleagues will tell you she is the last person you’ll find climbing Mt Everest or swimming the English Channel for charity.

Although she’s sitting on a global giving empire, Huby might sound like any other small business entrepreneur when discussing the future.

She says JustGiving is simply trying to create a proposition that’s compelling and unique, especially given the evolution – or revolution as she calls it – of social media.

“That’s the dimension that’s both most exciting in business and will undoubtedly open up even more opportunities for the right investment to be made, but also really challenging because the pace of technology and consumer behavioural change is so sustained and fast that it makes it a bit of a roller-coaster.”

And you won’t see Huby exiting JustGiving in the near future.

“For us, it’s a long-term commitment, we’re super excited about the recent changes that we’ve had… It’s an exciting time.”