Diary of an entrepreneur: How Lawrence Harris scooped a national distribution deal and turned Harry’s Ice Cream into a multimillion dollar business 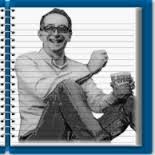 Lawrence Harris admits he has a sweet tooth, but it was his business eye that led him and his brother David into buying a small ice-cream scoop shop in Melbourne’s Chadstone shopping centre 20 years ago.

“That particular business was in a very good position in the centre, but my brother and I looked at it and said, ‘we think we could do a lot better,” says Harris.

Despite being limited by the artisan nature of their ice-cream – which meant batches had to be prepared just five litres at a time – the Harris brothers were able to expand the business by gradually adding more stores.

As the company grew, Harris was continually approached by other businesses who wanted to stock Harry’s Ice Cream.

“They said, ‘we love your ice-cream, can we have it for our restaurant or for our own ice-cream parlour?’” says Harris.

The pair began co-packing its products for bigger and bigger companies, and eventually, the ice-cream caught the eye of supermarket giants Coles and Woolworths.

Harry’s Ice Cream is now stocked nationally in Coles, Woolworths and ALDI, and is served in restaurants such as the Pancake Parlour chain.

The company is set to turn over between $10-15 million this financial year and is also looking at international distribution to take advantage of the Asian appetite for Aussie dairy.

Harris sits down with SmartCompany to talk about how the company deals with seasonality, what he’s currently reading and his (current) favourite ice-cream flavour.

Harris is up at about 6.30am and likes to eat breakfast with his family, although he admits the Harris’ are not morning people.

“There’s not a lot of talking going on, but we share the table,” he laughs.

While Harris says he’ll have eggs for breakfast when he’s motivated, and cereal when he’s not, his daughter has begrudgingly got him on to green smoothies recently.

“I find it very fiddly. But I do recognise it’s a great way to get your serve of veggies,” he says.

Harris is an avid reader, so he’ll generally have his iPad in hand to read the day’s news, before he gets through some of his easier-to-answer emails.

By 8.30am Harris is at the Brunswick office, where the company still manufactures its ice-cream.

His mornings are typically filled with plenty of meetings, reading and product development, while his afternoons are more about dealing with things that “pop up”.

“To a reasonable extent, I tolerate interruption, because people seek direction. I know interruptions can really kill a day, but you have a fair-sized team there and they need things dealt with.”

One big industry challenge Harris has successfully faced in his role as managing director of the company is the issue of seasonality.

By pairing with airlines and other commercial partners, Harry’s has been able to avoid the pitfalls many industry players fall into.

“The ice-cream business is clearly seasonal, but the higher up you go, it’s somewhat less seasonal and with the airlines, it’s not as seasonal at all.”

Harry’s is the inflight ice cream of choice for major airlines including Qantas and Virgin.

Harris says although he will often do a bit of work at home after he’s left the office or on a Saturday, he’s been able to find a work/life balance because he loves his job.

“I enjoy coming to work,” he says. “I know people who enjoy their occupation but I’m very fortunate in that respect.”

In his down time, Harris loves to sit down with a cup of Yorkshire Tea (which he says he’s very fussy about) and a good book.

He’s currently reading Dance with Chance: Making Luck Work for You by Spyros Makridakis, which he recommends to fellow entrepreneurs because he says it deals with the important business issues of chance and control.

Harris says he recognises the huge potential local dairy suppliers have with the growing appetite for Australian dairy.

“Dairy is something we’re very good at here and, personally, I think I’m very fortunate to be involved in an industry where there are great opportunities,” he says.

Moving into Singapore and India will be the company’s next big move in the coming years.

“It will take time, but it’s a terrific opportunity.”