Diary of an Entrepreneur: How Stuart Marburg went from Netspace to text ace 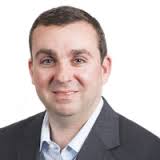 One of Australia’s original internet entrepreneurs, Stuart Marburg still remembers the first time he ever used the internet – it was 1992 and he was at university in Melbourne.

“I was speaking to a computer over in the United States somewhere and I got chatting to someone and I thought, ‘wow’. I couldn’t get over the fact my keystrokes, what I was saying in real time, was going to someone over the other side of the earth and back,” says Marburg.

That same year, at just 18 years old, Marburg set up his own internet provider, Netspace.

By his mid-thirties he sold his internet company to one of the big Australian online players, iiNet, for a cool $40 million.

Marburg’s seen a lot of change in the tech and telco industries since then. When he started out, he says Netspace would pay $8000 to $10,000 for internet speeds as slow as 64 kilobits/second.

“To give you an example, the ADSL2 connection that you’ve got in your home is over 20 megabits and you pay what, $40 a month for that?”

This year, Marburg landed the top job at MessageMedia, an international text messaging routing service with 14,000 customers and 170,000 users globally.

If you received a text message reminding you of your dentist appointment or personal training session today, chances are it has been sent to you via MessageMedia.

The company sends around 30 million messages a month and is on track to turnover $30 million this year. And with significant market share in the USA, UK and New Zealand, Marburg plans to keep spreading the message.

With three young children, Marburg is usually ceremoniously woken up at 6am. If he’s lucky, he might get a sleep in to 6.07am.

“And sometimes they come in at five o’clock thinking it’s six o’clock,” he says.

He’s not too upset though, because Marburg loves to spend time with his kids in the morning.

“My son has just started school, so we do a bit of reading together,” he says. “We’ll watch television together and get some breakfast.”

After his muesli and yoghurt, Marburg is off to work by 7.30am to drive into MessageMedia’s Melbourne CBD office.

Given that MessageMedia is an international company that operates 24/7 and 365 days a year, emails have already piled up in Marburg’s inbox by the time he sits down in the morning.

After trying to knock them all over, he’ll often put in a call to the US or UK office and chat to his international counterparts.

Then, like any chief executive, his day of meetings begins.

But unlike most chief executives, Marburg doesn’t have the biggest corner office. In fact, he doesn’t have an office at all.

“I sit on the work station with everybody else,” he says. “I like to interact with the team.”

With 40-50 Australian staff, Marburg thinks it’s important for a chief executive to be approachable.

“I did recently find myself a meeting room,” he laughs.

He’s been on a health kick for the last 15 months, proudly shedding eight or nine kilos, so you’ll likely find him tucking into grilled fish and salad for lunch.

“I’m doing my best to ensure I keep that weight off,” he says.

Marburg puts in a long day, only leaving work around 7pm, but he says he is never watching the clock.

“When you enjoy what you do, time flies,” he says.

“If you asked one of my friends what my hobbies are, they’d say travelling and paying the least amount for that travel,” says Marburg.

He loves to look for online travel deals, count his frequent flyer points and says he thankful his kids are good travellers.

“They’re very good, the youngest has been to the UK about ten times,” he says. “It’s great for them to see different cultures.”

A work/life balance isn’t too much of a problem for Marburg because he says he enjoys work so much, it’s like a hobby.

“If you ask my wife, she would say I do check my emails on weekends… but I generally don’t do work at home and if I do, it’s on the laptop near the kids. I know where my priorities are, I want to be an engaged father.”

And spending time with his family is his number one leisure time activity, whether it be getting Thai takeaway or planning their next trip.

Marburg says he wants to want to double the size of MessageMedia in the next couple of years.

“The big opportunity is what we make of the US,” he says. “We want similar penetration in the US as to what we have in Australia.”

Marburg says the US SMS market is far more regulated but while that does make penetration more difficult, there are good opportunities there for business like MessageMedia to educate customers.

“We want to hold our customers’ hands. Our main concern is that we enable our customers to provide the highest level of satisfaction to their customers,” he says.

I haven’t spoken to Stuart for many many years (landline only) back in approx 1993.
Before his internet service was renamed Netspace (he will recall the the original name I won’t say it here,but it started with an “I” Stuart will know.
At that time if i ever needed help/advice he was ALWAYS polite and helpful.
Now to hear he is still doing well and healthy is great to hear.
Couldn’t wish to deal with a nicer person. 🙂 Stay safe, all the best. Gary.