Diary of an entrepreneur: Why Jane Bianchini climbed a mountain to build her $6.8 million recruitment agency 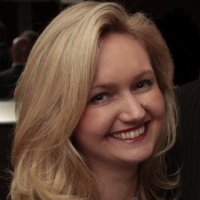 Most business founders can tell the story of where they were the moment they knew they had to start their own business venture – but most tales wouldn’t be as good as Jane Bianchini’s.

“I was in the Himalayan Mountains, looking out at yaks,” she laughs.

In fact, Bianchini was standing on the side of Mount Everest.

She had been trying to hire someone for the recruitment agency she was working with at the time, when she wound up making a pact to scale the mountain.

The potential recruit Bianchini had her sights on was concerned his “extracurricular activities” (training to scale Everest) might get in the way of the role. She assured him they could be flexible and agreed to attend an information night to better understand the commitment. She ended up committing both herself and her family to the adventure.

“He said if you make it to Everest base camp, I’ll come work for you. So I said, I’ll raise the stakes – I’ll bring my contracts with me and my kids. And we shook on it.”

It was a big commitment for Bianchini, who says she “couldn’t even walk up Sydney Road in Manly, let alone scale a mountain,” but after weeks of training for the ascent, she and her family did indeed make it to base camp.

“On the way back down from the side of the mountain, he [the recruit] said to me, ‘Jane… maybe you should think about putting your money where your mouth is and start your own company.

“So, I came down off the mountain, got my sea-level legs back and went and resigned and started alcami.”

The decision has paid off for Bianchini. Alcami, a specialised finance and technology recruitment agency, now lists clients including JP Morgan, Metcash and both state and federal governments, and turns over $6.8 million a year.

Bianchini chats to SmartCompany about her passion for connecting people, which books she recommends for small business owners, and why she’s staying with alcami for the long haul.

Bianchini’s mornings start at a spritely 5.30am with a short meditation.

After she catches up on the news headlines and prepares an exceptionally healthy breakfast of yogurt, organic coconut probiotic powder and fresh fruit, the mission to get her two teenage children out of bed begins.

After the school drop-off, she’s at work by 7.30am. The self-confessed neat freak does a quick sweep of the office, picking up coffee cups and filling water jugs.

“It’s such a beautiful office,” she says of alcami’s trendy central Sydney headquarters. “I like it to be neat.”

An 8.30am team huddle kicks Bianchini and her staff “into gear very quickly, very early”.

As managing director of the business, Bianchini’s day primarily involves consulting with the CIOs (chief information officers) from a number of alcami’s existing and potential clients. She makes time to have a lunch or other social meeting with her clients throughout the week in order to nurture those relationships.

“I like to get out of the sterile office environment, it helps people open up a little more about the challenges they are facing in their organisation,” she says.

Relationships are something Bianchini has always had an aptitude for. After studying an undergrad in psychology, she went on to get her executive MBA from the University of New South Wales in 2005.

Bianchini has written an important clause into alcami’s charter which says the company will direct a client on if they don’t believe they can they can find them the perfect fit.

“If I can’t make you successful, I will direct you on for the benefit of your job,” she says.

There’s no such thing as a work-life balance for Bianchini because she says she loves her job too much: “It’s just life, not work-life.” She says her children have grown up watching their mother work, study and travel, and have always been very supportive and understanding.

When she does get some down time, you will likely find Bianchini playing a game of futsal (a variation of soccer played on a smaller pitch) or curled up with a good book.

She’s currently devouring The Checklist Manifesto: How to Get Things Right by Atul Gawande and recommends the book, which advocates the simple idea of the checklist, to all small business owners.

“Because I operate at a million miles an hour, it’s great at making me slow down and get things in order,” she says.

For inspiration, she also recommends Outliers: The Story of Success by Malcolm Gladwell, a look at the world’s most successful “outliers”.

Bianchini says alcami still has a lot to achieve.

“We’re nearly four years old, so it’s still early days. For us, it’s about continuing to make people more successful and continuing our growth journey by disrupting and being innovative,” she says.

The company is on track to hit the $10 million turnover mark in the coming years.

And for Bianchini herself, there’s no exit strategy or plans to sell the business before she reaches the top of the mountain.

“I’m in this 100%. There’s a lot more hard work and competing aggressively to be the number one or number two [in our sector].”