Directors come around on NBN investment but attitudes harden against government 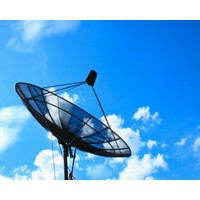 Just under half (49%) of company directors surveyed by the Australian Institute of Company Directors (AICD) believed the National Broadband Network (NBN) was a positive thing for Australia.

The sentiment index, for which 504 chairman and company directors were surveyed before the Coalition announced their broadband plans earlier this month, marks the first time close to a majority of corporate directors have supported the NBN.

The last time the index was released in November, only 44% of directors agreed the building of the NBN was a positive thing, almost tied with the 43% who disagreed.

AICD managing director John Colvin said support for many infrastructure projects often starts out in the negative, before improving as the service is rolled out.

“Still, 40% disagreed with the statement that it was a reasonable thing, so there’s still a reasonable amount [who don’t approve of it]. My guess is… the lack of a business model is still an issue which directors have in their minds – how much will this cost, and what are the benefits at the end of the day? The benefits are being more recognised, but the cost is still an issue.”

Increasing support for the NBN didn’t accompany a warming of attitudes towards the government.

Over three in four (76%) of the directors surveyed disagreed with a statement on the federal government understanding business, up 10% since the last index. The Opposition scored much better on this front, with only 32% of directors believing it does not understand business.

Steve Burrell, the general manager of communications at the AICD, said the surveys revealed widespread scepticism in the director community about the understanding of business by government.

“While there’s a clear differential between the current government and the opposition, there’s still a view that whoever’s running the show won’t have a great understanding of the drivers of business,” he said.

On general business expectations, the index marked a clear turnaround from the last survey, which showed director sentiment had sunk to the lowest level in two years. Total director sentiment stood at 71 points, up 15 from the November survey. Nonetheless, the index figure still indicates a generally pessimistic attitude, as a score of 100 points is neutral.

“From an economic and business perspective – improving sentiment is largely attributable to growing optimism about Asian economy in next 12 months, and improved sentiment about business conditions going forward,” Colvin said.

“Last year, there were very high-profile job losses, in Fairfax and other companies. BHP Billiton had just canned its Olympic Dam project, there were concerns about the Chinese economy and the situation in Europe, and there was the so-called fiscal cliff in the United States. Coming into this half, many of these issues are a little clarified, or are at least more positive than they were.”