Disagreement is not disloyalty 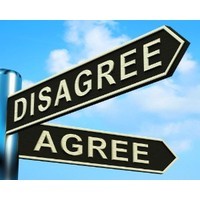 It might seem counterintuitive, but formal processes are not a panacea for good governance. Post-mortems of Enron and WorldCom, or closer to home Centro, reinforce that these companies failed despite entrenched controls.

What leaders can learn from these high-profile failures it that risk-taking is a cultural issue and that, with respect to decision-making, a culture that encourages independence and debate is an asset.

Yet in many companies, disagreement continues to be seen as disloyalty.

Worse, as in the case of Enron, active collusion can be seen as a precondition for maintaining a seat at the table.

Instead executives both actively colluded with questionable transactions; or acquiesced under pressure. And, while legislation and risk systems are essential, no amount of process can fix this kind of complicity.

For example in the US, despite changes to the Sarbanes-Oxley Act to enhance corporate responsibility, Ernst & Young’s 2006 Global Fraud Survey showed little change in fraudulent behaviour and that, when it is detected, it is frequently as a result of tip-offs rather than audits.

That means leaders have to weave different kinds of behavioural checks and balances into the cultural fabric. One way to do so is to encourage active disagreement as part of the decision-making process for properly weighing opportunity and risk.

Here I am not talking about populating the upper layers with bomb-throwers, who use hostility as a controlling technique, or sometimes to deflect attention from their own poor performance.

As LeadingCompany’s Myriam Robin recognises, this is one type of personality that can render boards ineffective.

I am talking about creating conditions that encourage diversity in thinking and create a workable balance between dissent and the kind of cohesion that is required to deliver on strategy.

As part of her 2012 TED Talk entitled Dare to Disagree, CEO Margaret Heffernan examines the power of conflict, saying disagreement is central to progress and that our best partners are active challengers.

She relates the story of a scientist who was given limited funding to deliver a very complex project. To hone her thinking and ensure she could deliver on budget, she hired a statistician to deliberately oppose her findings.

The deliberate use of such rigour could be a powerful tool for leaders in the business world.

In her book, Willful Blindness, Heffernan shows how the need for unhealthy agreement can lead businesses to ignore warnings with consequences as dire as the GFC or even a nuclear crisis.

This can impact every layer of the business, for example, employees who do not feel safe to speak out in their environment often become conflicted and leave.

In a tough job market this can lead to ‘presenteeism’, which is where workers turn up physically to the role but are not engaged, leading to lower productivity.

There are a number of ways leaders can encourage disagreement and build rigour into the culture:

Government-backed COVID-19 loans extended, now worth up to $1 million

JobKeeper 2.0 Q&A: What will sole traders receive, can new workers join, and is the 20-hour rule flexible?

Face masks mandated in Melbourne workplaces: What you need to know

Revealed: The 50 best places to work in Australia, even through a pandemic

JobKeeper changes: What we know about the ‘second phase’ of wage subsidies