Do we need another corporate women’s network? 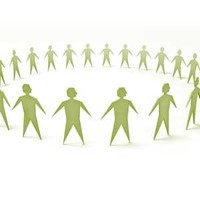 The group, which is part of an international network of the same name and currently has 20 members in Sydney and 20 in Melbourne, had a fairly low-key start, according to one of its founders, Carol Schwartz, who is also the founding chair of the Women’s Leadership Institute Australia and non-executive director of developer, Stockland, and at the Bank of Melbourne.

At an event – the Women’s Forum for the Economy and Society, in France – Schwartz met up with Jillian Segal, a non-executive director at the National Australia Bank. “Jill had met Susan Stautberg – the founder of Women Corporate Directors, an international group for women who hold listed company positions – which provides a network to share information and experience,” Schwartz tells LeadingCompany. Stautbert is the CEO of PartnerCom Corporation, which creates and manages advisory boards globally.

Segal tells LeadingCompany: “I came across this global organisation with women members all over the world. I thought it was time that Australian female directors were part of such an international network, and they were very keen for there to be an Australia chapter – it is part in Sydney and Melbourne – and New Zealand has also set up chapter.

Schwartz says: “We have had a number of gatherings where we get together and discuss the issues that we as directors are facing in our companies. We have had a speaker on executive remuneration, for example, and another one about the extent to which directors can get involved in recruitment of executives. For example, how do we as women directors influence our CEOs to put women on his executive team, where does one draw the line?”

Segal says the new group is not seeking to compete in any way with Chief Executive Women (CEW), an established women’s network described by its vice-president, Christine Christian, as comprising the 240 most senior women in Australia, across public companies, government (non-political) and not-for-profit. Segal says: “Chief Executive Women has a special place and including women who are chief executives, non-executive directors and the up-and-coming women. It is great to have a forum with a profile and a long history, and many of us are proud members.

“This is like a subgroup of women particularly interested in non-executive director issues, and connecting with an international grouping. We are not set up to do the other things, like mentoring or training.”

Kathleen Conlon, a non-executive director for realestate.com.au and miner Lynas Corporation, applauds the idea of peer networks for senior women, but is concerned that it will not assist more women to get into directorship roles. “It depends on its aim,” says Conlon, who noted that she had not heard of the group when contacted by LeadingCompany. “I think it is really important for senior women to have support networks, but it is also really important that they network with senior men. If you want to get exposure and be sponsored into board positions, you have to network with men. When there is only one woman on a board, it is difficult for them to sponsor women because it is seen as too close.”

Conlon, who is a member of CEW, says she gets the support she needs in that forum, but spends a lot of time networking with men.

CEW’s vice-president, Christian, who is also a non-executive director of Private Media (publisher of LeadingCompany), says there are not too many women’s groups. “[Women’s participation in business] is now such an important topic and there is such as urgent need for reform and education that is it not surprising there are new organisations starting up. And clearly, where there is a need there will be a successful organisation.

“We believe it is important to network with men since they are such an important part of the business community. We have partnered with the Male Champions of Change, which is made up of very senior chief executives of Australia who equally believe that change is important. Whether woman or man, networking is important.”

Christian says CEW would look to partner with Women Corporate Directors. “We are all about partnerships, with ANZ bank, with Bain [consulting], with Ernst & Young, Male Champions of Change, and the equal opportunity board. It is all about partnership and we would welcome any new partner.”