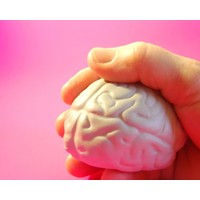 There was an interesting article by Sarina Russo in the Weekend Australian (25/1/14) Extra sense that gives women an edge where she argues that emotional intelligence is equal to intuition.

I have frequently heard speakers argue, like Sarina, that the secret of emotional intelligence is to go with the flow. I disagree. Indeed, I believe the opposite holds true.

Salovey and Mayer, who coined the term emotional intelligence, defined it as the ability to perceive, control, and evaluate emotions. Similarly, Daniel Goleman, in his widely accepted 4 step model of EQ, defines the second step as self-regulation or being able to control your emotions.

The example he uses in his book, Emotional Intelligence, is the famous marshmallow study by Walter Mishel. It is the 10% of children who can delay self-gratification and not eat the marshmallow in front of them that subsequently succeed in life.

Please note that I am not arguing that intuition has no role to play in decision-making. The secret is to make use of it. One of the best bits of advice I ever had was that when facing a key decision was to sleep on it. If the next morning the decision still feels good then you should go ahead with it.

On the other hand if you have a sleepless night looking at the ceiling then perhaps you should reconsider the decision. I particularly used this technique when hiring staff. There are two key questions you need to ask when recruiting someone. Can the person do the job and will the person fit with the rest of the team? The second is more important and here controlled intuition plays an important role.

There is some early evidence that REM sleep plays an important role in adapting and using your emotional intelligence. If you are sleep deprived, your ability to use your emotions to help you decision-making appears to be weakened. Hence if you find that making a decision is causing you to have sleepless nights, maybe you need to consider another alternative.

Sarina Russo is obviously a successful entrepreneur. In my 25 years as venture capitalist I would argue that the key characteristic of successful entrepreneurs is their emotional intelligence; they are good at controlling their emotions and also have the social skills to motivate others. Indeed I would argue what distinguishes the entrepreneur from the inventor is the higher level of emotional intelligence. Whether they are male or female is irrelevant.